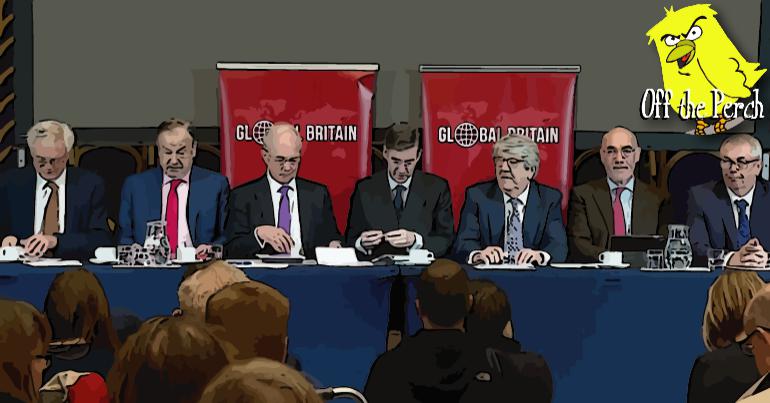 The European Research Group (ERG) thought it had the numbers to overthrow Theresa May. Despite the fact she’s less popular than a hot dog made of actual dogs right now, it turned out it couldn’t. This forced several ERG members to appear in public.

They probably should have stayed in their coffins.

Sucks to be them

Headed by Jacob Rees-Mogg (a former Doctor Who villain and current MP), ERG members appeared before several journalists. During the briefing, they promised:

No-deal Brexit will be best for the cattle of Great Britain! It will also be good for livestock and fishing.

At this point, a journalist asked:

Who are you referring to when you say ‘cattle’? And forgive me if I’m mistaken, but are you all vampires?

He covered his mouth as he spoke, prompting several people to shout, “show us your teeth!” Lord Dracula refused, and accused the gathered “cattle” of being:

Dracula then transmogrified into a bat and bit the faces of several prominent journalists.

Following the ERG conference, people are starting to question if a cabal of decrepit old vampires really does have the best interests of ordinary Britons at heart.

If you’d like to know the answer to that question, please see the ‘Get Involved’ section below.