Tories forced to say they're officially 'confident' in Theresa May - Canary 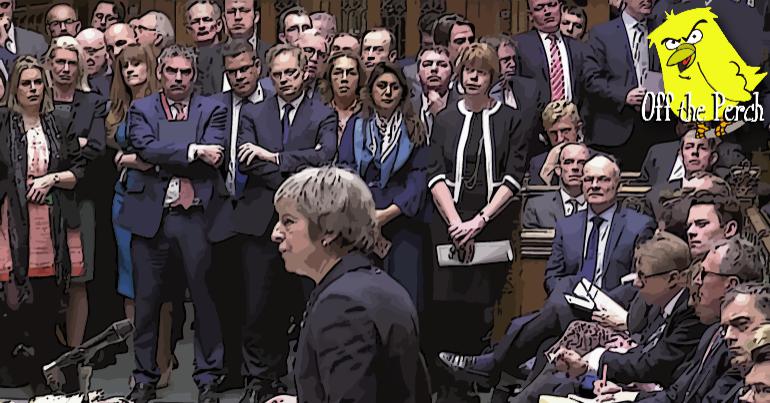 Off The Perch caught up with a Tory MP who wished to remain anonymous:

Oh Christ. This really couldn’t be worse. She’s shown herself to be the most incompetent PM since that donkey who briefly took charge in 1847. Now we’ve all come together to say we’re confident in what she’s doing. Tosh!

To be honest, I’m not even confident she’s dressing herself in the morning. I suspect her assistants strap her into a tartan suit, upload the day’s slogans to her mainframe, and then send her out the door.

Still though, it should help May renegotiate her terrible Brexit deal. The EU said it won’t renegotiate, but now they know she only commands the support of two thirds of her minority government, that should change things, right?

So yeah – she won’t be any less terrible – she’ll just be more enthusiastic about how woeful she is.