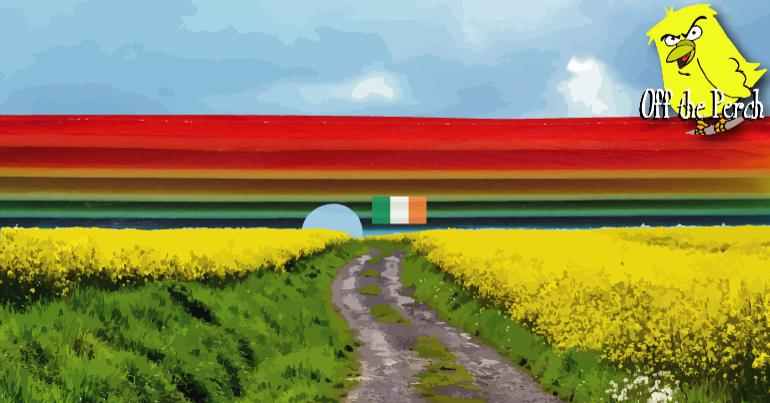 Theresa May is between a rock and a hard place when it comes to Brexit. But what if she turned that ‘hard’ place into a ‘soft’ place? What if she constructed a ‘hard Irish border’ out of jelly? And furthermore, what if she’s not been getting enough sleep, and the strain is starting to show?

These are all questions that came up during May’s trip to Northern Ireland.

May began her speech to Northern Irish politicians by saying:

Following a sniff of something which smelled like paint stripper, May seemed to have an idea:

Or am I? Did anyone suggest building the border out of jelly? That’s it, isn’t it?!? Let’s have a strong and stable border that’s actually weak and wobbly!

Although this seemed like a semi-good idea by the standard of Brexit proposals, the government couldn’t make it happen. Jacob Rees-Mogg has been stockpiling jelly with the intention of selling it back to the masses. He’s also in talks with Donald Trump who wants to use it for his southern border wall.

Some people have pointed out that building a wall from jelly might not work for other reasons. These people are Remainer scum pushing project fear. People knew what they were voting for in the referendum, and it was borders made of desserts!