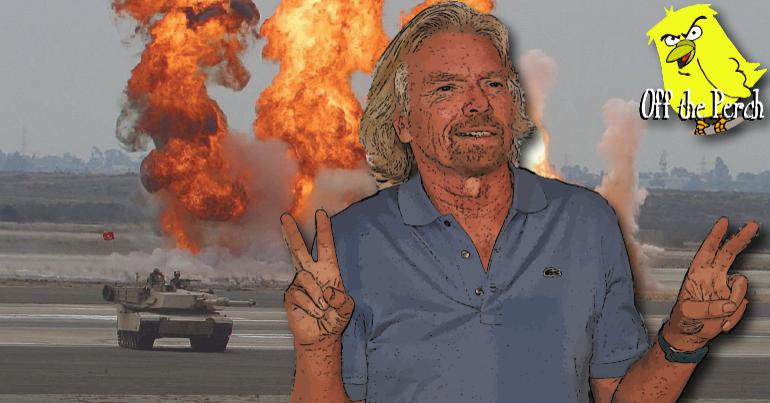 Following on from the success of… err… Virgin Rail, Richard Branson has set his sights on a new target. In a step up from destabilising the Northern mainline, the entrepreneur is now actively seeking to undermine an entire country.

The nation of Venezuela finds itself torn between an elected yet divisive president and an unelected and probably much worse fringe character from the far right. For some reason, the rest of the world has decided this is its business. Which is odd, because you didn’t see the US recognising Katie Hopkins as the legitimate PM of Britain when the UN reported on our human rights abuses.

Still, it’s not like the West instigating regime change has gone badly in the past, right?

With that in mind, Branson has decided to hold a concert. If all goes to plan, it will break down barriers, allow the US to steamroll into Venezuela, and possibly get a bunch of people killed. Branson said on the matter:

Yeah, music’s great, isn’t it? We just think all this can be solved with a big concert, and a little *COUGHS* intensive privatisation *COUGHS*.

Branson then showed off his plan to use Virgin Rockets to airdrop Virgin Sub-Machine Guns into the proposed Virgin Kill Zone. If this goes well, the proceeding Virgin Elections will confirm the new Virgin President of the United Corporations of Virginzuela.

It’s obviously horrendous that nations are – once again – trying to destabilise a foreign country and install a ‘friendly’ regime. It’s just fucking depressing that Richard Branson is doing the same thing while trying to look like a cool dude.