'BLAME SOMEONE ELSE!' yells woman in charge - Canary 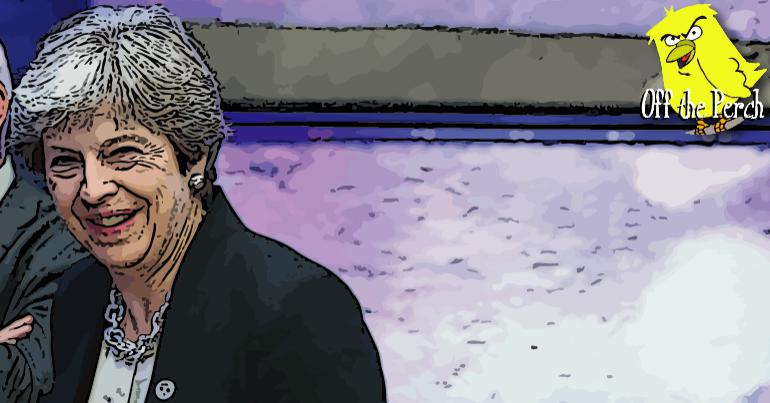 Theresa May has deployed several strategies to avoid having an actual Brexit strategy. The latest may be her boldest yet, and that’s to:

BLAME EVERYONE BUT MYSELF!

What schemes May come

May’s Brexit proposal is – to put it mildly – a rock-venue-toilet of horror. As such, most people didn’t want anything to do with it. But May asked:

Is it my fault for not getting a good deal? OR IS IT PARLIAMENT’S FAULT FOR NOT PRETENDING IT’S A GOOD DEAL?!? They pretended austerity was good – they pretended Iraq was good – why won’t they back this!?

The PM almost had a fair point. British MPs have been supporting the absolute worst politics for centuries. Where she’s gone wrong is that Brexit won’t simply murder poor or foreign people – it will also mean the middle classes have extra custom checks when entering the French Alps.

As the MP Tarquin Quill-Volvo raged:

THIS DEAL SHALL NOT PASS!

In response to these MPs not greasing her turd of a deal through the parliamentary intestine, May responded:

I AM NOW DECLARING WAR ON EVERY MP WHO REFUSES TO BACK ME! HOW DO YOU LIKE THAT? BECAUSE UNTIL YOU GIVE ME WHAT I WANT, I WILL CONTINUE TO MAKE INCREASINGLY ERRATIC AND ULTIMATELY IMPOTENT THREATS AGAINST YOU!

MPs have responded exactly as you’d expect. Unless you’re Theresa May, obviously, and don’t have any political foresight whatsoever.