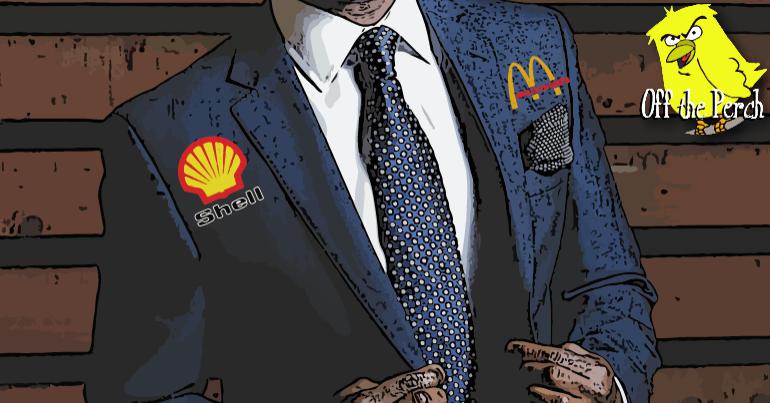 People in the UK can be suspicious of journalists and politicians. These people are supposed to look out for our interests. Sometimes, however, it’s not in their interest to do so:

This is why people are now calling for journalists and politicians to list their sponsors / conflicts of interest on their clothing.

The woman pushing for this explained:

When Lewis Hamilton does a race in his go-fast cars, I can see exactly who’s sponsoring him. The same can’t be said of politicians. But why? Surely these businesses want people to know they’re sponsoring politicians? Unless the benefits they get from the deal are best kept hush hush.

The Tory MP Liz Truss argued against this:

Forcing politicians to announce their sponsors puts us at an obvious disadvantage. It’s bad enough our rivals have popular policies – they can’t have it all their own way.

Of course, there is an alternative to the proposal. It’s a bit wacky, but politicians could – and hear me out on this – not take money from corporate interests at all.