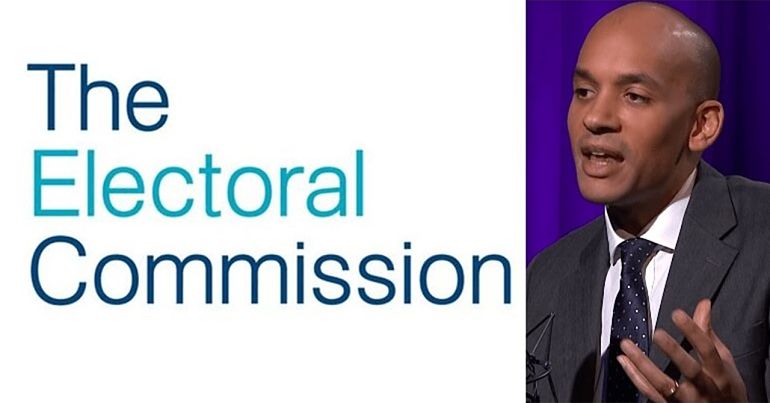 The UK’s election watchdog has accepted Change UK as a new political party. But the electoral commission rejected the party’s logo because it was “likely to mislead voters”.

This is the rejected Change UK logo:

I think the electoral commission have done them a favour… pic.twitter.com/R1PGI4GF0B

PoliticsHome reports that this means “there will now be a blank space instead of its preferred emblem on the ballot paper for next month’s European poll”.

The emblem contained a hashtag, and we cannot assess the material linked to a hashtag, which will change over time, against the legal tests. The emblem also contained the acronym TIG, which we were not satisfied was sufficiently well known

But it’s not just the branding that risks misleading the public. The party is made up of MPs who defected from the Conservatives and Labour. It claims to “believe the collective provision of public services and the NHS can be delivered through government action”. Yet it’s appointed former private healthcare lobbyist Nicola Murphy as its nominating officer. And two pro-privatisation thinktanks, the Institute for Economic Affairs and the Adam Smith Institute, have expressed support for Change UK.

As nominating officer, Murphy will authorise candidates for the centrist party, which is standing across the country in the likelihood that the UK participates in the 23 May European elections.

On social media, people reacted to the developments:

Let’s be honest. “ChangeUK – The Independent Group” is a pretty shit name.

It's not surprising that Stephen Dorrell joining CUK has gone almost unnoticed. After all, he's hardly known outside Westminster.

But it's worth noting that the former Thatcher whip feels Chuka and co are natural heirs to Churchill, MacMillan and Heath.https://t.co/KZaiHcqMBk

Chris Leslie is their economics spokesperson & he was one of the tossers responsible for Labour's pathetic austerity-lite agenda in 2015. Soubry described the austerity years as "marvellous"!

It’s pretty obvious that Change UK actually represents the opposite: a return to the cosy Westminster-centred view of politics. Well the cat’s out of the bag and we aren’t going back.