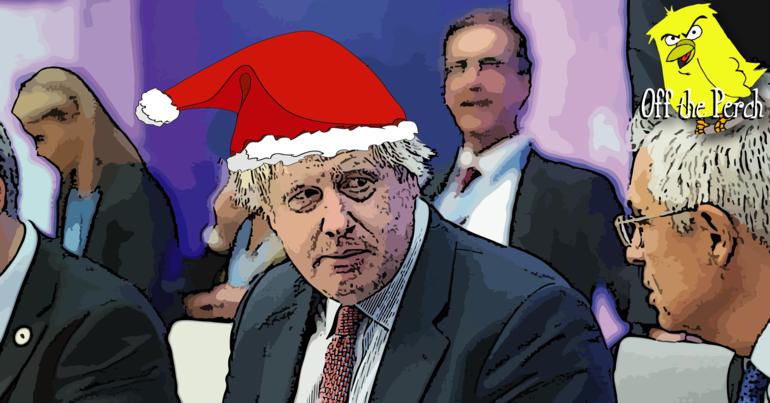 Thanks to the Tories, rich people in Britain have it pretty good right now. Despite that, the party has actually lost a lot of donors – partially because of its botched handling of Brexit. Leadership hopeful Boris Johnson has a plan to turn all that around.

He’s making a list; he’s having a hoot; he’s going to find out who’s rolling in loot; Boris Claus is coming to town.

Johnson proposed one tax cut for people earning £50k to £80k – a cut that will benefit many Tory members and MPs. His latest proposed cut will benefit anyone earning enough to buy eight Premiership football clubs per annum.

There are now 14.2 million people living in poverty in the UK, with 320,000 people without a home and 1.6 million food bank parcels distributed last year.

A statement from Johnson read:

Look, the people on my Christmas card list are all ruddy good chaps, actually. Some of them have been really hard done by – you can tell by the diminishing gold filigree on their cards. What people forget is that having a happy aristocracy is good for everyone.

After the letter went out, people asked Johnson to clarify how the rich getting richer benefits the non-rich. He attempted to explain.

“Isn’t it obvious?” he asked – laughing.

It wasn’t obvious, and Johnson shuffled awkwardly – clearly trying to think something up.

“Well, the thing is…” he began, “when rich people have more money, they smile a lot more, and that makes for better pictures at Royal Ascot. Who hasn’t felt uplifted when seeing a picture of Sir Phillip Green barely having to repress a sneer when dealing with the public? One good snap can boost productivity by… oh, I don’t know… £350m a week?”

Playing to the crowd

Of course, it’s worth remembering that the next PM will be chosen by Tory members. As such, the candidates only need to appeal to the sort of people who pay for membership. That means that – more than anything – this competition is a frightening insight into the mind of your average Tory loyalist.