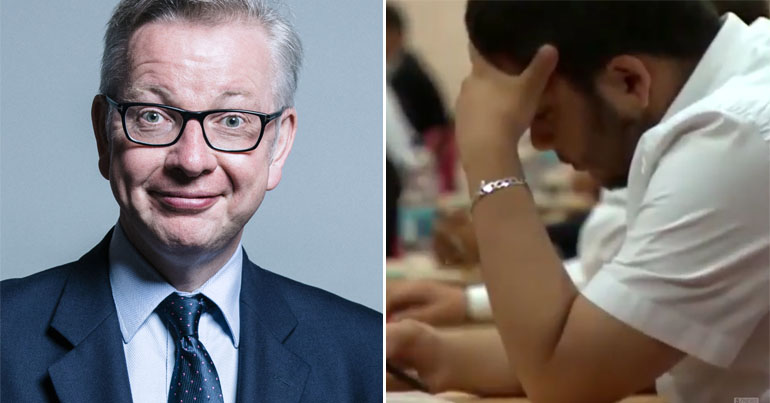 It came out on 7 June that Tory leadership hopeful Michael Gove took cocaine over 20 years ago. While cocaine use by journalists is far from surprising, Gove said he “deeply regret[s]” the decision. But this public apology implies that there are other decisions he doesn’t regret.

Here are five decisions that Gove should also make public apologies for.

1. Not bothering with his own plans for prison reform

In November 2015, Gove announced the building of nine new prisons. Gove said these would replace “ageing and ineffective Victorian prisons with new facilities fit for the modern world”. The “prison building revolution” was supposed to create 10,000 new places and sell off former sites to housing developers. But Gove’s stint as justice secretary was short. Liz Truss replaced him in July 2016. In September of that year, she confirmed Gove’s prison reform plans were dead in the water. In fact, she said that, under Gove, the Ministry of Justice had done “no work… to develop” his programme.

2. Overseeing the “disintegration” of schools

As education secretary, Gove oversaw the Academies Act 2010. This paved the way for “all schools to become academies”. Gove described academisation in 2010 as a “war on educational inequality”. And in 2011, he praised the programme for giving underperforming schools “the chance to totally transform… by taking them out of the local authority”.

But eight years on, the data didn’t match these claims. Mary Bousted, joint general secretary of the National Education Union, wrote in July 2018 that the Department for Education itself admitted 70% of multi-academy trusts were “at risk of failure”. As a result, she described Gove’s plans as a “vast waste of both time and money”. In 2014, one professor even said Gove’s programme was the “disintegration of our school system”.

In November 2011, news broke that Gove was to send copies of the King James Bible to every school in England. Gove claimed the gifts were to mark the 400th anniversary of the book’s English translation. And he said they would “help every pupil access Britain’s cultural heritage”.

However, the gesture was mocked as a vanity project because each edition was marked as “presented by the secretary of state for education”. The copies were eventually sent out in May 2012, with the project coming in at £370,000. Non-religious groups at the time criticised it, saying the money, which was donated by wealthy businessmen, “could have been better spent”.

Thankfully, plans that each Bible would also contain a foreword written by Gove appear to have been dropped.

Gove used the long-running myth that exams were getting easier to redesign the GCSE system. As a result, in 2013, he created “more challenging, more ambitious and more rigorous” exams. This included the rolling-back of coursework, meaning students relied on exams for most of their marks. Education specialists at the time criticised the move. They said it presented an “immense challenge” and also pointed out that “simply making exams harder [did] not guarantee higher standards”.

In 2018, the Guardian exposed the toll that Gove’s “more challenging” GCSEs had taken. Students said that, due to exam stress, they experienced:

And parents backed this up in letters to the paper. One described it as a “hostile environment” for secondary students”.

5. The deaths of tens of thousands of badgers

Since Gove became environment secretary in June 2017, he’s presided over two years of the government’s badger cull programme. Both those years marked a steep increase in the number of badgers killed. In 2016, a total of 10,886 were killed in the cull. But that number nearly doubled to 19,274 the following year, while the 2018 cull ended the lives of 32,601 badgers. These figures led the Badger Trust to call the 2018 cull the “largest destruction of a protected species in living memory”. And, averaged out, they meant more than 20 badgers had been killed every hour since Gove took office as environment secretary.

The government’s intention is to end the spread of bovine TB. But a review, which Gove commissioned, said the scheme could be making the problem worse. However, that hasn’t slowed Gove down. He’s reportedly expanding the cull into 14 new areas in 2019.

Whilst Gove stays silent on these and other decisions, it’s hard to see his drug apology as anything other than self-serving. The apology came only after a decision affected him personally. Some might say this attiutude makes him the ideal Tory leader. But that would come as little comfort to the human and non-human lives he’s harmed.