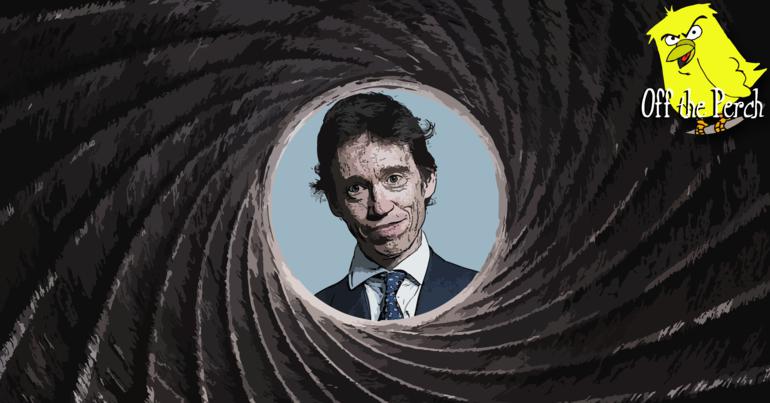 Potential Tory leader Rory Stewart has (potentially) been exposed as a spy:

As you’d expect, Stewart himself has denied working for ‘intelligence’ – insisting that he’s always worked for the Tories.

Have I worked for ‘intelligence’? Quite the opposite, actually – I worked for David Cameron then Theresa May.

When asked to clarify who he worked for before that, he gave a coy smile and answered:

Let’s just say I liked my jobs how I like the austerity-ravaged masses: shaken, not stirred.

This suggests Stewart may indeed have been a spy in the glory years of British intelligence – the early 2000s. Could Stewart have helped in acquiring the information that led to the Iraq War? Unlikely. Unless he somehow managed to shrink himself down to sub-atomic size and retrieve said intelligence from its source – Tony Blair’s imagination.

All this spy stuff has proven quite titillating for the sort of dull, centrist, media types who find Stewart invigorating. Ironically, a lot of these people are also furious about Russia interfering in our politics. They might be sad to learn that ‘protecting’ British interests generally means ‘trashing’ other countries’.

Or maybe they won’t be, and will instead fantasise about Stewart bedding golden women and fighting metal-toothed giants on the moon. They’re already fantasising about him being a progressive, so delusions come easy to them, it seems.