The government just announced its position on using the NHS in trade deals. And it's pathetic [OPINION] - Canary 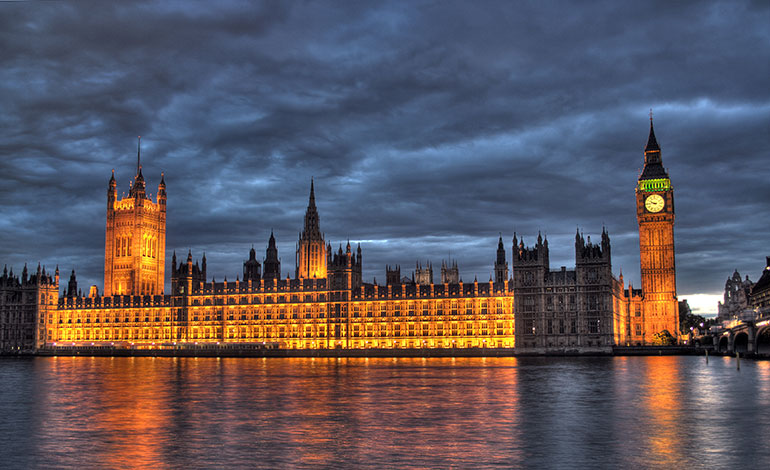 The Prevent Donald Trump from making a State Visit to the United Kingdom petition went viral at the end of January. In doing so, it overshadowed one of the most important petitions of the year. A petition to save our NHS from being incorporated into a US trade deal. The petition has now reached over 50,000 signatures anyway, and the government has issued a response. Yet the response is anything but reassuring.

On 27 January, The Canary reported on Theresa May’s visit to the US. Before her visit, May repeatedly refused to answer questions about US involvement in NHS privatisation.

This led many to speculate that the NHS might be used as a bargaining tool in any US trade agreement. An agreement that would destroy the NHS we know and love, and one that would feed profits into the hands of greedy privateers.

As such, the petition to Ringfence the NHS from trade deals was launched.

As the UK leaves the EU, the NHS should not be used as a bargaining tool in trade negotiations and deals with other countries.

Unlike the Trump petition, this one received next to no media coverage and only a scrap of the support it deserved. In one single hour on 30 January, the petition against Trump received 46,734 signatures. The NHS petition received only 1,314.

On 8 February, the government responded to the petition. It began:

The Government is clear – the NHS is and always will be protected in trade deals. Our world-class healthcare sector benefits from international trade and should not be excluded.

So in the opening sentence, the government neither confirms nor denies that it will use the NHS in a trade deal. Instead, it seemingly states both, claiming the NHS will be “protected” but should also “not be excluded”.

Read on, and the government’s stance on the issue becomes a little clearer. It states:

It is not in the UK or wider interests to exclude the UK healthcare sector from trade and investment agreements.

Through trade agreements the UK’s world-class pharmaceutical and medical care and devices sectors can benefit from improved access to overseas markets to sell products and bid for government procurement contracts.

So it appears it’s not in our “interests” to exclude the NHS from a trade deal. Apparently, the “NHS benefits directly from international trade”.

But “such agreements do not prevent governments from introducing new legislation to safeguard public health or safety”.

New legislation such as privatisation?

And while the “UK Government is committed in particular to the principles of a [sic] NHS, free at the point of use”… “it will always remain for the UK Government to decide how public services are run and, in particular, who is best placed to provide NHS services on the basis of patient need”.

In basic terms, the government has confirmed that the NHS may be used in future trade deals. It claims to support foreign intervention, and in particular for “overseas markets” to “bid” for NHS contracts.

While it claims to protect the NHS, one that is “free at the point of use”, recent acts of privatisation show this not to be the case. In 2016, The Canary reported on Virgin Care’s acquisition of several NHS contracts, and new government approved schemes have been introduced around the UK to get people to pay to skip GP queues.

The government’s response has caused outrage across social media:

oh hey gov responded to the ringfence the NHS from trade deals petition to subtly tell us american companies will be running the NHS soon pic.twitter.com/WtQZ5gOeg1

Once again, the government hasn’t given a straight ‘yes or no’ answer. But it is clear in its response that the government may use the NHS as part of a trade deal. Its promise to “protect” the principles of the NHS is as good as meaningless. And its push to open the NHS to all bidders shows it doesn’t have patients’ interests at heart.