Trump just dropped his stupidest tweet yet, and the internet is in stitches [TWEETS] - The Canary 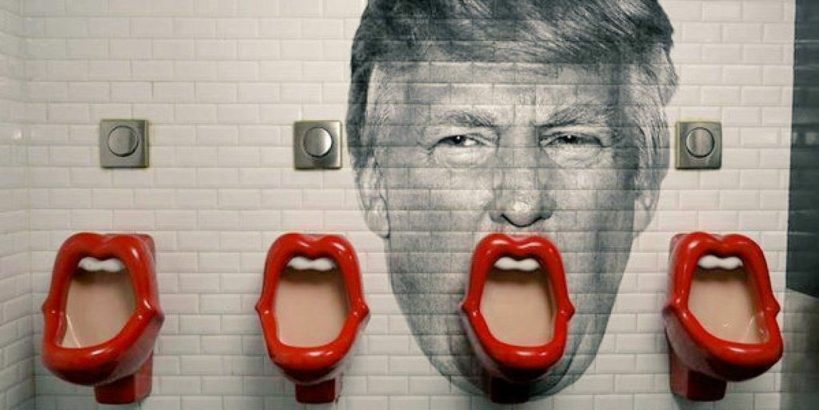 President Trump is well known for not thinking much before he tweets. And yet, even by his own very low standards, Trump hit an all-new deep-sea-trench of ridiculousness on 8 February.

Big increase in traffic into our country from certain areas, while our people are far more vulnerable, as we wait for what should be EASY D!

The problem with this tweet was that Trump wasn’t clear about what the ‘D’ in “EASY D” stood for. Which was unfortunate, as in modern parlance ‘D’ is an abbreviation of… well… let’s just take a look at some of the replies he received.

There’s an app for that

Many of us have found ourselves searching for EASY D. And as you’d expect, the boffins in Silicon Valley have already catered to these whims with a mobile-telephony application:

For those who don’t know, Grindr is “the world’s largest gay social network app”.

I have been waiting for easy D all my life u don't see me having an ethnic cleanse about it https://t.co/FgGWR9dVJP

Some people speculated that EASY D might be some sort of rap-performance moniker:

Many thought Trump had made a mistake. But others speculated that he knew, and had pictures to prove it:

TFW you're waiting on what should be easy D pic.twitter.com/L3poAYEk7r

The great thing for Trump about being President is that he doesn’t have to answer for his own mouth-tripe anymore:

SPICER: I can't do it. There's no way to make "easy D" sound presidential.

KELLYANNE CONWAY: *smoking two cigarettes at once* Hold my beer.

Coincidentally, "Easy D" is the nickname now given to all children in Betsy DeVos' public school system.

But as always, there was one clear benefactor of Trump’s rampant tweeting:

SNL writers when they saw that Easy D tweet pic.twitter.com/U96Q2JoYO3

But what did he even?

One question remains, though. Who or what is EASY D?

The D could stand for:

But maybe the answer was staring us in the face all along: