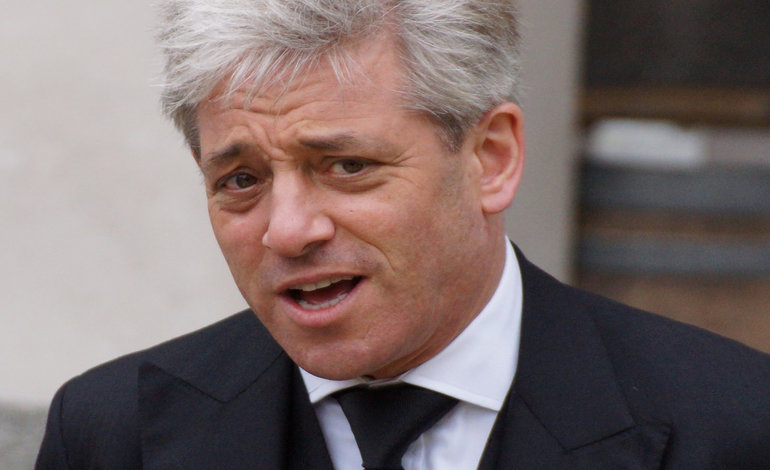 Up to 150 Conservative MPs are seeking to oust Speaker John Bercow after the former Conservative shadow cabinet minister made a stand against the “racism” and “sexism” of US President Donald Trump.

The shot heard round the world

John Bercow spent much of his political life on the hard right of the Conservative Party. Surprising, then, to find him sufficiently mellowed to act as almost the sole champion of liberal values within the party today. But politics is just weird like that at the moment.

In a barnstorming speech, the Speaker stated that he would refuse the US President an invitation to address parliament in the event of a state visit.

An address by a foreign leader to both Houses of Parliament is not an automatic right. It is an earned honour…

Before the imposition of the migrant ban I would myself have been strongly opposed to an address by President Trump in Westminster Hall.

We value our relationship with the United States. If a state visit takes place, that is way beyond and above the pay grade of the Speaker. However, as far as this place is concerned, I feel very strongly that our opposition to racism and to sexism and our support for equality before the law and an independent judiciary are hugely important considerations in the House of Commons.

Now, up to 150 Conservative MPs are seeking to oust Bercow for his comments.

The knives are out for John Bercow

The British right wing, from tabloid to Twitter troll, have assembled the pitchforks for Bercow. The advance guard of the pincer movement is a social media campaign to oust the diminutive Speaker, called #TurfOutTheDwarf.

John Bercow does not speak for Britain, just for his own monstrous ego.

It's time to #TurfOutTheDwarf and elect Jacob Rees Mogg as the new Speaker! pic.twitter.com/av9WcpY5Qz

ThePresident of our closest ally, who's due on a state visit is banned from parliament #OnlyInBritain #embarrassing #Bercow #TurfOutTheDwarf

Conservative MPs have gone a step further, tabling a motion to secure a vote of no confidence against Bercow. This would see him removed from his post for his stand against President Trump.

He doesn’t really understand the degree of the anger in the House of Commons, the distrust in his role as Speaker of the House of Commons, and I expect over the recess – because parliament now shuts down for one week – over that week the number of MPs speaking out either publicly or privately to journalists will increase and increase and it will be known his position is untenable, perhaps even to the point that he doesn’t return on the Monday.

But the motion is unlikely to gain a majority – with Labour strongly defending Bercow’s actions. Shadow Commons Leader Valerie Vaz actually thanked him. In her view, it was right to stand against the increasingly authoritarian actions of President Trump. Indeed, she stated, the reputation of parliament relies upon it:

When a person repeats the cry, ‘Lock her up’, of a candidate, when no offence has been committed.

When a person suggests women should be grabbed in certain places without their consent. When a person has consistently questioned the birthplace of an American president, President Obama.

Then I, born in Aden, Yemen, of Goan-Indian heritage, who may or not be directly affected by the travel ban, and others, welcome the support for us and for the reputation of Parliament.

Could the leader of the House confirm that the Government will not support any attempts to act on the letter to the Prime Minister about comments made on a point of order in this chamber?

In coming weeks, we will find out if the House of Commons will stand by its colleague as he refuses to capitulate to bigotry – even when the source of the bigotry is the President of the United States.

– Do you live in a Conservative-run constituency? Contact your MP to give them your view on the actions of Speaker Bercow.