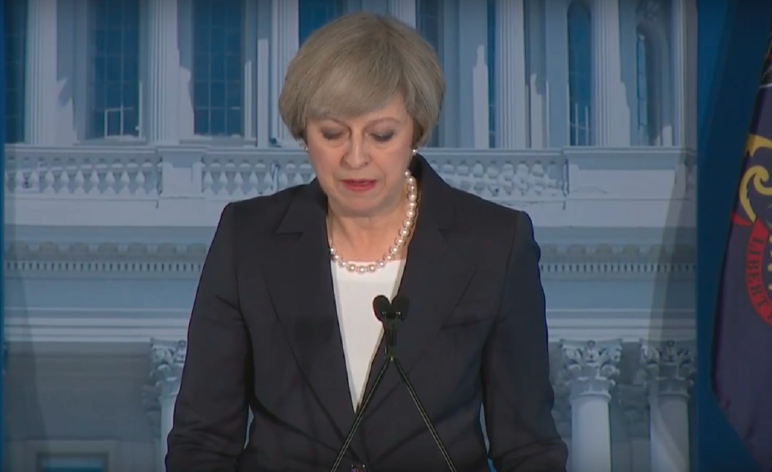 A leaked memo has revealed Theresa May’s real plan for Brexit Britain. And it is a Brexit that will leave most people in Britain poorer, with fewer rights and worse public services.

The memo, leaked to The Times, reveals some harsh truths about the government’s priorities. The memo lays out the priority level of different British industries in May’s negotiations over Brexit. While the interests of the financial services industry were placed as high priority, the industries that employ most UK citizens were ranked medium or low. Unite union leader Len McCluskey told Labour List in response:

Industries like oil and gas and steel ought to sit at the heart of our future plans out of the European Union, not quietly forgotten as other sectors are given top governmental priority.

These leaks will give truth to concerns that a Tory Brexit is one of rewards for the City of London but neglect for the cities and towns of Britain. They also make a nonsense of the government’s professed desire to develop an industrial strategy to rebalance the economy. How can this be achieved if our government turns its back on core industries.

The government must come clean now and make it crystal clear that the working men and women of the UK will not be the biggest losers from a Tory Brexit.

There were entirely rational reasons for liberals and the left to vote for Brexit. Even those who would have chosen to remain in the EU should not ignore its serious flaws. Particularly its anti-democratic tendencies. In recent years, the EU deposed the democratically elected leaders of Greece and Italy, and replaced them with pro-austerity technocrats. It is not ignorant or bigoted to question a continuing and deepening alliance to such a system.

But this is not the Brexit we are getting. The left-wing Brexit of greater democracy and protection from radical neoliberal austerity is never going to happen under this government.

In order to protect Britain from the losses associated with leaving the single market, the May government has confirmed it would turn Britain into a tax haven – cutting corporation taxes radically to attract business. May has committed to withdrawing Britain from the European Convention on Human Rights, and refused to guarantee working people’s rights after Brexit. The rights that ensure us all a minimum wage, maximum hours, and safe workplaces. The ones that all but ended sweatshop/workhouse conditions in the UK. Yet these rights may well end up on the chopping block as May begs corporations to stay in the country.

The bill to trigger Article 50 and begin Britain’s exit from the EU was passed this week. And during the process, the amendments proposed to soften Brexit were defeated by the Conservative majority.

The Leavers who campaigned on the pledge of giving an additional £350m a week to the NHS with cash saved from the EU voted AGAINST doing so. They voted AGAINST guaranteeing the rights of EU nationals living in the UK. They voted AGAINST parliament having the final say on accepting the deal with which Theresa May returns from Brussels. They voted AGAINST protecting Britain from becoming a tax haven in a post-Brexit race to the bottom. They even voted against ensuring that any agreement reached in Brussels would uphold, not contradict, arrangements of the Good Friday peace agreement in Northern Ireland.

No. Amendments. At. All. Nothing, not one issue cross Party consensus could achieve. Nothing for 48%. Everything for 52%. Just. Wow. https://t.co/U6lAhv0Dcw

#Article50 Bill passes 494 to 122 without a single amendment. Blueprint for an extreme Tory #brexit & Labour waved it through. Unbelievable

This leaves every non-xenophobic promise of the Leave campaign shattered on the floor of the Commons.

Tory Brexit is not about regaining our sovereignty, or protecting Britain from the Euro and the enforced austerity programmes that battered countries like Greece. It is about something else entirely.

We have to get real about the state we are in. The Brexit designed by our Conservative government is a scam. Dressed up as a reverse gear on globalisation and austerity economics, it is actually an acceleration of the neoliberal project to rid Britain of the public services, welfare state, rights and liberties that make it a social democracy. It will cost us every progressive right, liberty, welfare and public service we built together since the Second World War.

Isn’t arguing against the Brexit bill a betrayal of those 52% of referendum voters who chose Leave? Well, no.