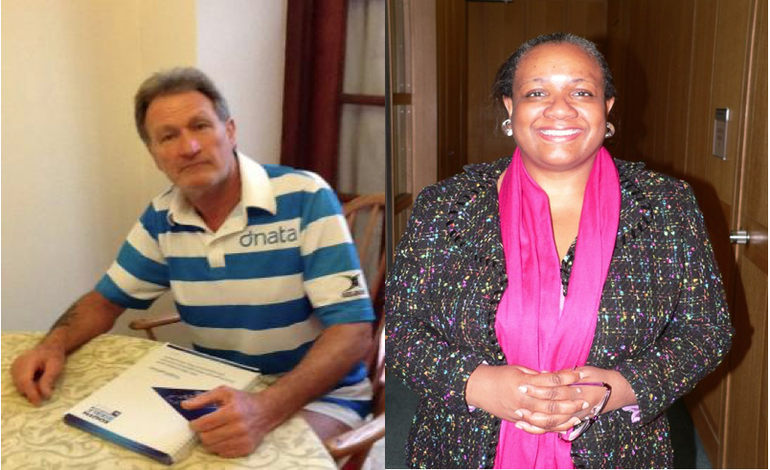 The Conservative Party has suspended one of its officials over the racist bullying of Labour MP Diane Abbott on social media. But overall, media and politicians alike have disgraced themselves throughout the incident.

Alan Pearmain is Deputy Chairman of the South Ribble Conservative Association and a parish councillor. In December 2016, he shared a tweet of a fat ape wearing lip stick, captioned “Get the Diane Abbott look”. He added his own comment to the post, stating: 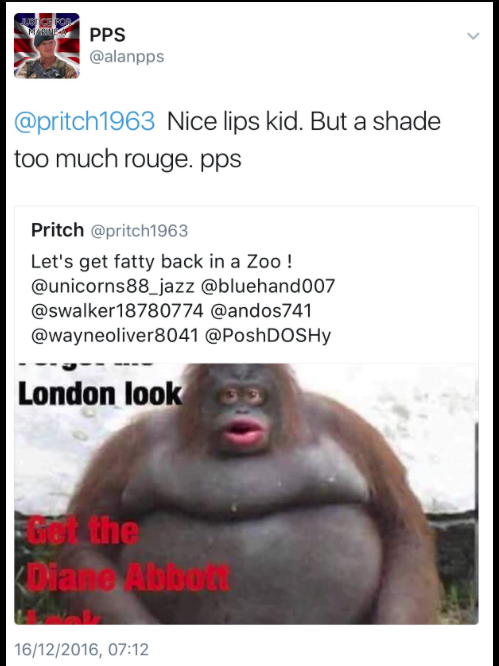 The Conservative Party suspended Pearmain while it investigated allegations of racism. Yet Pearmain refused to apologise, stating that:

Sometimes you have to stand up for your principles.

The Conservative Party needs to act fast in response. When antisemitism allegations were made against Labour Party members, they were expelled immediately. And they were just members, not officials.

The ‘racist’ response by UK media

Almost as annoying as Pearmain’s racism is the refusal of much of the UK media to call it out as such. People took to social media to point out the absurdity of inverted apostrophes in such a clear-cut case of racism.

This comes just a day after the media managed to report an alleged case of sexual harassment against Diane Abbott as somehow her fault. As The Canary reported, this response was completely unacceptable.

David Davis tries to sexually harass Diane Abbott and papers focus on her telling him to fuck off. This is how misogyny is works. https://t.co/Cjy0mkqXYp

It has been a truly horrific week for Diane Abbott. She has faced a social media bullying campaign by a male MP in her own party. She has been sexually harassed and victim blamed. And she has seen journalists and parliamentarians stand by her racist and sexist abusers.

Nobody should have to tolerate such harassment.