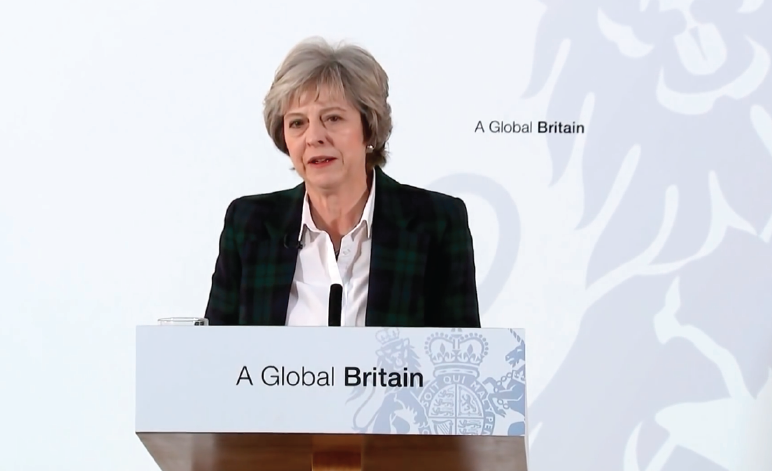 Theresa May made a Brexit speech in January that played very well with the right-wing media. The Sun described it as “historic and a game changer”. The Daily Mail described it as an “emphatic ultimatum” and an “iron-willed speech”. The Express even went so far as to call it “the most important political speech in decades”.

Reaction elsewhere was less positive. The European media reacted with outright hostility. And although several European leaders thought it was at least a step in the right direction, others made it clear that the EU cannot accept ‘untruths’, ‘alternative facts’, or outright lies when dealing with Britain. Now, one of them has particularly strong words for the PM.

Tomas Prouza is the Czech Republic’s state secretary for European affairs. He has previously speculated that May’s speech is still an attempt for Britain to ‘have its cake and eat it’. In a speech on 9 February, he clarified his thoughts on the speech and the white paper that came after:

While the speech might have offered assurances to the domestic audience, there was very little information for us listening across the Channel. At the very least however, we have moved on from the often repeated “brexit means brexit” to “brexit means hard brexit”. The white paper published last week was again more of the same – nicely written seventy pages with very little tangible details and aimed at the domestic audience. To sum it up “Theresa May’s speech means Theresa May’s speech”

He also threw doubts over the confusion in May’s speech:

How do you want to “reach beyond Europe” when your plan is to close yourself up and when you are best friends with a man who is basing his new administration on cutting his international ties? Once more, Theresa May mentioned the abuse of the freedom of movement as the reason for this plan.

Prouza questioned why the EU referendum played out like it did:

Did the referendum go the way it did because the EU-27 did not do enough or was it because there wasn’t enough interest in the UK to explain the realities of the EU to the domestic audience? It’s a seemingly obscure question, but still one of great importance as we once again find ourselves at the negotiating table. Should we pre-emptively assume that no matter what compromise we strive towards, the British audience will not be willing to listen to relevant facts and the political reality will win over the reality without adjectives?

He was also clear that the EU must be unflinching in the face of the UK government’s attitude:

During these negotiations, we must stick to facts, especially at a time when populist half-truths and alternative facts seem to be ruling the media. Czechoslovakia managed to get divorced without much fuss. I believe we should strive for the similar effect here. Our legacy for future generations cannot be a world where the clock turned back a century and everybody is an enemy. However, we cannot achieve this if we continue to make unfounded claims about each other.

I am speaking about the continuing and growing aggression towards other nationals, especially citizens from central Europe, in the UK. As I mentioned at the beginning, time and time again, numbers have shown that EU citizens contribute more to Britain’s economy than they take out. Even so, this alternative fact, or let’s call it what it is – a lie, once again re-surfaced in Theresa May’s speech. Let’s move beyond such tactics and build our new relationship on facts and respect, not populism and lies.

Many in the EU share Prouza’s feelings, including their chief Brexit negotiator, Guy Verhofstadt. The problem is that, to appeal to her supporters, May has to make arguments the EU believes are widely discredited. This is not an ideal situation for us. And the PM seems to have prioritised appealing to hardcore Leavers over a realistic deal. In other words, we may get the worst deal on offer just so May can save face with her supporters.

– You can read other articles from The Canary on Brexit.

– And you can also support us here, so that we can continue to bring you more coverage.