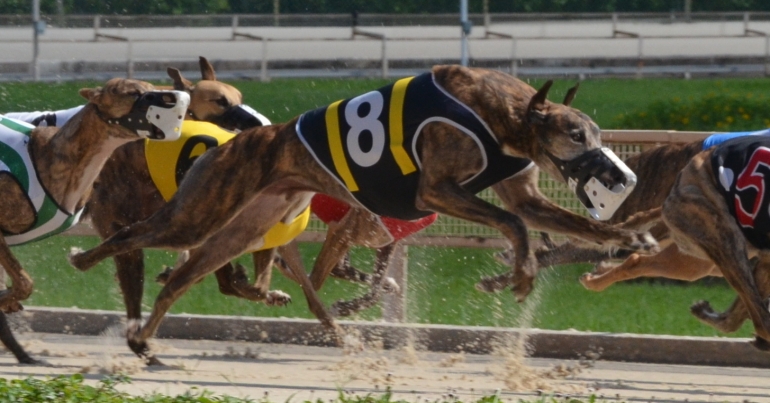 Anyone who cares about the welfare of dogs will be glad to hear that the greyhound racing industry is in decline. There are now no racing tracks in London. However, it is still a popular form of entertainment and gambling. This means that thousands of dogs continue to suffer every year. We may pride ourselves on being a nation of dog lovers. But so long as we tolerate the cruel and exploitative practice of greyhound racing, we don’t really deserve this accolade.

The cruelty of greyhound racing

The UK dog-racing industry released shocking figures showing that 1,000 greyhounds used in the sport die every year. According to Third Force News: “racing dogs suffer almost 5,000 injuries a year, meaning one in every three racing dogs is injured”. Nearly 18,000 greyhounds are bred each year for the racing track. Poorly maintained tracks and frequent racing can result in severe and lethal injuries.

According to the figures, there are:

1,003 fatalities a year. 257 dogs are euthanised at track side on ‘humane grounds’, 348 because treatment was deemed too expensive, there was poor prognosis or no home was found, 67 were killed due to being ‘unsuitable for homing’ and 55 died from ‘sudden death’.

No nation of dog lovers would let an industry sacrifice the lives and well-being of dogs in the name of entertainment and profit. It is an immoral industry. If Britain actually cared about the interests of greyhounds, then we wouldn’t see these kinds of figures.

A ban is the best long-term solution

On 3 April, Kerry Elliman – the founder of Birmingham Greyhound Protection – appeared on Good Morning Britain to call for a ban on greyhound racing. John McCririck, the famous horse-racing pundit, defended the sport, accusing Elliman of being a “potential murderess”. In his eyes, banning greyhound racing would mean an end to the “life of the species”. (Greyhounds are a breed of dog, not a species.)

Rather than view these fatalities and injuries as an appalling problem that needs to be eliminated, McCririck deflected Elliman’s criticisms of the industry. He said “thousands of greyhounds will die” if the sport is banned.

New South Wales (NSW) in Australia banned greyhound racing in 2017. It is true that many of these racing greyhounds have been euthanised as a result, since some “will never be able to be retrained or rehomed”, as RSCPA NSW CEO Steven Coleman points out. But RSPCA NSW has been working hard to ensure as many dogs as possible are adopted, with humane euthanasia being a last resort. It’s unfortunate and deeply upsetting to know that some dogs have been put down following the ban. But this is only because the industry has bred so many greyhounds for the purposes of racing. A ban, as Coleman emphasises, focuses on the “longer term animal welfare gain”.

By ending greyhound racing, we make a commitment to end animal cruelty. There will be practical difficulties and unsettling consequences following such a ban in the UK. But if we love dogs as much as we say we do, then we need to think about how we can reduce as much animal suffering as possible.