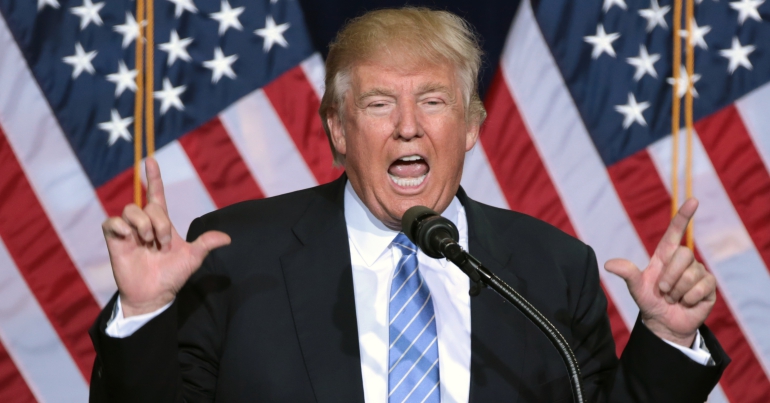 It’s official. The giant tangerine is blessing our shores with his presence. On Friday 13 July. You really couldn’t make it up. But the bad news for Trump is that he really isn’t welcome. In less than 24 hours since the announcement was made, and at the time of writing, 38,000 people on Facebook said they’d attend the protests. A further 109,000 said they were interested.

Yes, this is Facebook. And yes, Facebook figures for people attending events are unreliable. But it gives an indication. The protests will be massive. And Trump won’t be happy. He’s cancelled his previous travel plans because of the threat of protests. And he previously said he wouldn’t visit the UK unless protests were banned.

Without doubt, this level of political engagement is great. We need mass mobilisations on our streets. I’ll be going. Loads of my friends are going. Anyone who is capable should be going. We must and should be sending a clear message that Trump is not welcome.

Who else is the UK wining and dining?

But this doesn’t mean there aren’t questions. In particular, why will we all protest Trump but not other world leaders?

Theresa May regularly wines and dines leaders from regimes across the world; regimes whose presence in the UK should have us all on the streets.

People have protested and will protest these events. But it’s a sure-fire bet that these visits will not attract the level of interest that Trump’s will.

Yes, let’s take to the streets against Trump. But let’s also make sure other world leaders get the same reception. Let’s not confine our protests to Trump, as obvious and as big a target as he is. Theresa May is wining and dining world leaders who are causing widespread death, serious injury, and the displacement of huge numbers of people. And she is doing so to promote the sale of UK weapons.

Trump’s initial reaction over visiting the UK shows the power that mass mobilisations against world leaders can have. All of us have this power, but we need to use it. Because lives depend on it.

– Join the protests against Trump.

– Join the protests against the Royal Windsor Horse show.