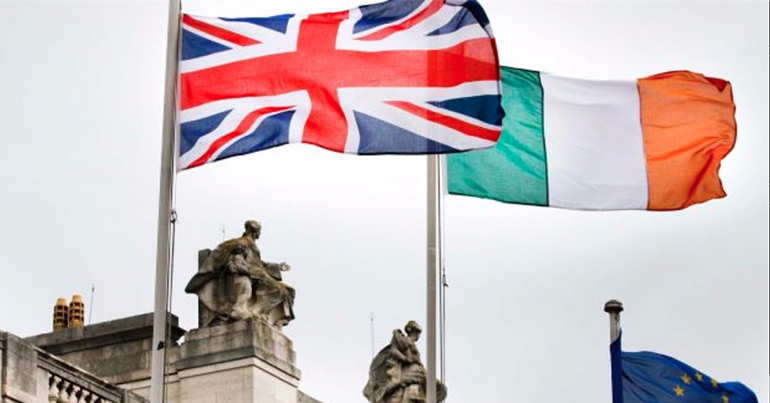 Ireland’s foreign minister Simon Coveney warned Theresa May to speed up her Brexit position on the Irish border. Otherwise, said Coveney, “we are in for an uncertain summer”. That sent a chill down my spine, and reminded me how dangerous May’s “dithering” [paywall] on Brexit could be.

And it will send a chill down the spine of many others who know what a ‘certain summer’ can look like north of the Irish border. Coveney’s warning implies that summers in Northern Ireland have been ‘certain’. But that’s only true if you accept Orange Order conflict, violence and intimidation as certain!

To see what an “uncertain summer” in Northern Ireland might look like, let’s look at what ‘certain’ summers actually do look like. Then ask whether or not this frightens you. Take note please, Theresa!

Orange Order parades and their effects

The Orange Order dates back to 1795 and their 12 July parades have been breeding resentment among Catholics in Northern Ireland since its formation in 1922. While only a small number of their parades are classified as ‘sensitive [pdf, p10]’ these days, they are potentially explosive.

Catholics living in north Belfast will need little reminder of the violence that flared at a planned Orange Order parade in the summer of 2013. Despite the high policing bill and residents’ objections, the Orange Order built a camp and bizarrely stayed put in that area for over three years. And local people felt the knock-on effects of violence by the Orange Order for some time after.

Other Orange Order parades, like the parade in Portadown, remain [paywall] unresolved since the Parades Commission banned it from marching on the predominantly Catholic Garvaghy Road in 1998. These parades that insist on marching through Catholic neighbourhoods lead to Catholics being fenced into their own communities with the assistance of a heavily fortified British army.

Former members of the Orange Order believe they still have a problem with sectarianism.

The 12 July Orange Order parades are preceded by enormous bonfires on 11 July in Loyalist communities. These bonfires have become notorious for burning pictures of republican politicians and effigies of those deceased.

The FICT Commission was set up on 20 June 2016 to examine issues relating to flags, identity, culture and tradition in Northern Ireland. It was due to give a progress report in December 2017. But up until March 2018, and despite running up a bill of £647,094, there was still no report and no solutions.

The FICT consists of a 15-member board with five people who “have links to unionism“. Irish republican party the SDLP has just one member on the commission, and there is one former member of Sinn Féin.

In May 2018, a number of paramilitary flags appeared near housing estates in south Belfast populated by both republicans and loyalists. Loyalist terror group the Ulster Volunteer Force (UVF) was blamed. In October 2017, there was a campaign to force Catholic families out of these shared estates.

Of course, these flags pale by comparison to the Confederate and Nazi flags erected by loyalists in years gone by.

Get the finger out, Theresa

While recent summers in Northern Ireland have been relatively peaceful [paywall], community relations are nowhere near that yet. Coveney’s comments may be ignorant of Northern Ireland life, but Theresa May’s inaction could be fatal.