The UK needs a People’s Vote on Brexit, and Scotland needs another independence referendum - Canary 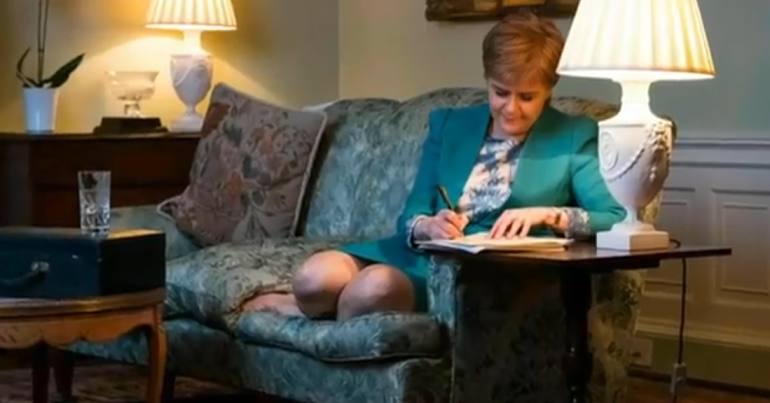 On 12 August, the Observer revealed that 112 Leave-voting constituencies now support Remain. The Observer also claimed this poll was:

one of the most comprehensive assessments of Brexit sentiment since the referendum.

These revelations alone have strengthened the argument for a People’s Vote on the final Brexit deal. That’s leaving aside other compelling factors, like the Vote Leave campaign lying to voters and breaking electoral law.

Alongside Northern Ireland and Gibraltar, Scotland voted Remain in the EU referendum. In fact, Scotland voted 62% in favour of Remain, and every single council area backed staying in the EU. Since the vote, the Scottish parliament has passed a bill in favour of holding a second Scottish independence referendum. The SNP and Scottish Green Party MSPs backed the bill, giving it a majority in Holyrood.

The SNP received its mandate after winning the Scottish parliamentary election in 2016. Its manifesto stated:

We believe that the Scottish Parliament should have the right to hold another referendum if there is clear and sustained evidence that independence has become the preferred option of a majority of the Scottish people – or if there is a significant and material change in the circumstances that prevailed in 2014, such as Scotland being taken out of the EU against our will

In March 2017, Theresa May claimed that it was “not the time” for a second Scottish independence referendum. Sturgeon has since stated she intends to hold it when there’s more clarity over the outcome of Brexit negotiations.

Sturgeon tried to seek compromise with Westminster by publishing ‘Scotland’s place in Europe‘ in December 2017. This document requested that Scotland stay in the single market and customs union to limit the damage to Scotland’s economy. But Scotland had very little opportunity to be involved in decision-making, and it wasn’t adequately consulted during the EU withdrawal process. The UK government seems to have ignored Sturgeon’s compromises.

It’s becoming increasingly clear that Scotland has had no say in a Brexit that was created by politicians lying and the Vote Leave campaign breaching electoral law. This is a travesty of democracy. Particularly after Scottish Conservative leader Ruth Davidson told voters before the 2014 Scottish independence vote that independence would mean the end of Scotland’s EU membership.

The official ‘Better Together‘ campaign, which backed a no vote on Scottish independence, sent out this tweet when Davidson made the assertion during a televised debate:

What is process for removing our EU citizenship? Voting yes. #scotdecides

Unlike the EU referendum, resident EU nationals had the right to vote in the Scottish independence referendum in 2014. This comment may have had a significant impact on EU nationals’ voting intentions, and on other voters who support EU membership.

If the argument for a UK-wide People’s Vote on Brexit is compelling, then so is the argument for holding another Scottish independence referendum. Scotland is being taken down a Brexit path it didn’t vote for. It’s had very little input into the EU withdrawal process and in shaping what the UK might look like post-Brexit. The democratically-elected Scottish parliament backs a vote which will ratify Scotland’s constitutional future.

Anyone in the UK who believes in fairness and democracy should support another Scottish independence referendum. And in return, Scottish voters should back the calls for a People’s Vote on the final Brexit deal for the rest of the UK.