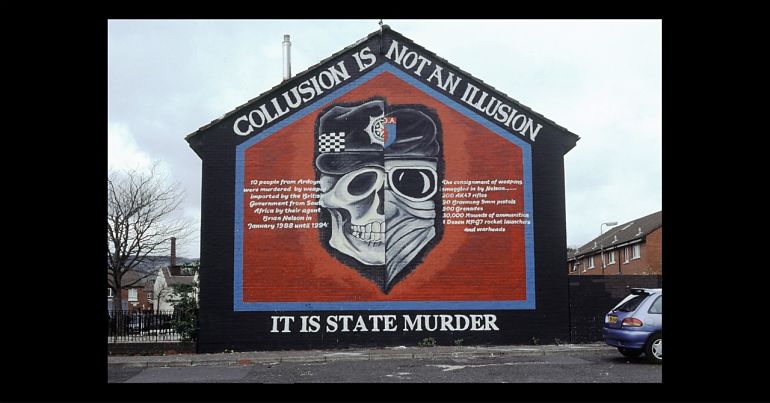 Whitters and McConomy were 15 and 11 years old respectively. And justice campaigners claim the UDA colluded with the RUC in Theresa Clinton’s murder. These cases still remain unresolved.

It’s now time for the British establishment to come clean about its role in Ireland. And it finally needs to admit that it was never an “honest broker”.

Justice campaigners claim the RUC gave “free passage” to the UDA the day it murdered Clinton. But reports of collusion are not new. A human rights group in Ireland has documented several instances of collusion between the UDA and British security forces during the conflict in Ireland.

The UDA murdered Clinton just days after a three-day IRA ceasefire ended. And just months before an 18-month IRA ceasefire began. Loyalist terrorists, including the UDA, followed with their ceasefire six weeks later. But that came too late for Theresa Clinton.

Prior to these ceasefires, Margaret Thatcher insisted she would never talk to terrorists. Thatcher insisted the IRA was both criminal and terrorist. But she approved talks with the IRA in 1990. Nor was this the first time the British spoke with republicans. MI6 met the republican leadership in the 1970s. So the British establishment’s stance on so-called ‘terrorists’ isn’t plausible.

As the IRA talked peace with the British establishment in the 1990s, loyalists almost doubled their killing rate. Weapons from apartheid South Africa assisted them in this terror campaign.

And while the IRA was responsible for terrorist atrocities, so too was the British establishment. Collusion with loyalist terrorists and murdering innocent men, women and children is terrorism.

It’s time for the British establishment to release the documents on Whitters, McConomy and Clinton and to come clean about their murders and collusion with terrorists in Ireland.