In the wake of Netanyahu's racist campaigning, it's time for the world to hold the Israeli state to account - Canary 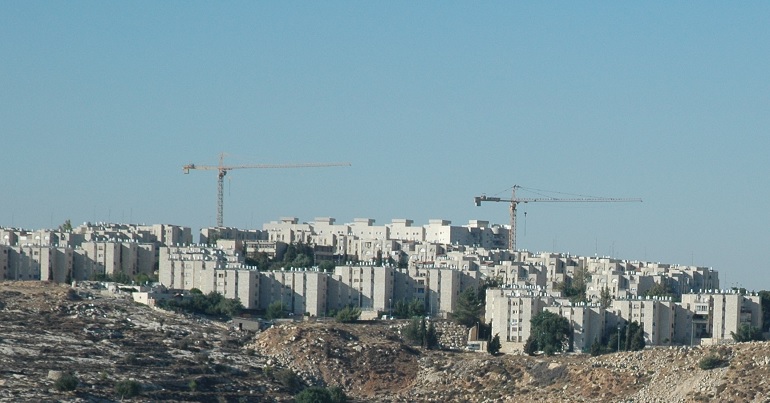 Israeli PM Benjamin Netanyahu is running for re-election, and in a bid to strengthen his support he has promised to annex even more areas of the occupied West Bank. This would mean giving the Israeli state sovereignty over what is currently recognised as Palestinian territory.

“The nail in the coffin” for any hope of peace

Netanyahu’s latest move has been widely condemned. For many, it’s not only detrimental to the peace process, but it also reduces the possibility of a two-state solution:

This is the nail in the coffin to a two-state solution or any peace deal.

Anyone who does not condemn this or take action to prevent it cannot credibly say they support a two-state solution.

While there has been uproar around Netanyahu’s plans, Palestinian human rights lawyer Noura Erakat pointed out that they only reflect what has been longstanding Israeli policy:

“We are talking about a rich area where Palestinian farmers—where Palestinians — cannot access for leisure, for livelihood, for home,” says @4noura of Israeli Prime Minister Netanyahu's vow to annex nearly a third of the occupied West Bank. “There is already de facto annexation.” pic.twitter.com/NwF2oPjJpz

Erakat describes the current situation in the West Bank as “de facto annexation”. In other words, while the area is under Palestinian authority on paper, it’s still subject to Israeli occupation.

Illegal settlements in the West Bank carry on undeterred in violation of international law. In East Jerusalem alone, settlement permits have ‘surged’ by 60% in the last two years. This is widely seen as a direct result of support, and close links with, the Trump administration. Not only are Israeli authorities building these settlements illegally on Palestinian territory, but they are also displacing Palestinian people already living there. A recent report from Associated Press paints a grim picture:

The refusal to grant permits to Palestinian residents has confined them to crowded, poorly served neighbourhoods, with around half the population believed to be at risk of having their homes demolished.

So regardless of sovereignty, the Israeli state is already encroaching on Palestinian territory. But more than that, it’s creating a two-tier apartheid system which restricts Palestinians’ movement and blocks their access to housing, water, and natural resources.

Given that none of these are new developments, the reaction to Netanyahu’s announcement should not be ‘shock’ but action. The discussion mustn’t revolve around sovereignty on paper; rather we need to centre the Palestinian struggle as a whole. At a time when international support for Palestinian rights is gaining momentum, we can use Netanyahu’s aggressive proposals to hold the Israeli state to account.

As Erakat pointed out in an interview with Democracy Now:

it’s really disingenuous… to be angry with Netanyahu… and not be angry with the fact that US foreign policy has steadily created this fact on the ground… that the EU… still fails to apply sanctions in order to punish this policy.

So outrage at Netanyahu’s announcement is not enough. Sanctions are one way for nation-states and the EU to hold Israel to account for its many international crimes and human rights violations. And supporting the global movement for Boycott, Divestment, Sanctions (BDS) against Israel is one way in which we can show solidarity with Palestinians.

However, it’s important not just that we support BDS as individuals, but that we campaign to have it adopted as policy by governments and institutions. It’s also equally important that we campaign for the UK government to cease any support for Israeli violation of international law. This includes constant pressure on the US, as opposed to the cosy relationship that Boris Johnson is courting with the Trump administration.

Regardless of the likelihood of Netanyahu winning the election or following through on his campaign pledges, the Palestinian struggle will continue. Showing solidarity towards their cause, in whatever way we can, must, therefore, be an ongoing, long-term commitment.