The real crisis isn't Meghan and her husband ditching the royals, it's our racist media - The Canary 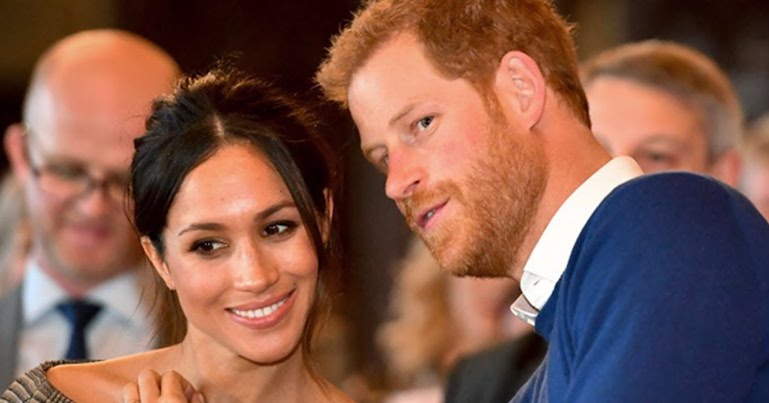 Meghan Markle and Prince Harry’s decision to step back from royal duties has reportedly caused a ‘crisis’. Certainly, it’s dominated media headlines. In truth, I don’t give a toss about the outdated, elitist UK monarchy at all. But this time, nice one royalz. Because this drew attention to a far bigger crisis – the UK’s systemically racist media.

On 8 January, “Markle and her husband” announced they’d step back as senior royals, “work to become financially independent”, and spend half their time in North America:

Meghan Markle and her husband say they're stepping back as senior members of the Royal Family and will "work to become financially independent."

They'll split their time 50/50 between the UK and North America. pic.twitter.com/h3csuwSs3n

What made this even more interesting was that the announcement came via their website and Instagram account, reportedly before the queen or anyone else officially knew. It came across as a massive and brilliant ‘fuck you’ to the UK media and establishment.

In response, the global media went into overdrive. But what’s positive is that people are finally discussing issues of white privilege and the UK media’s abhorrent treatment of Markle. Although the fact that Markle is Black wasn’t mentioned in official statements, it really doesn’t need to be.

There’s no doubt about the role played by corporate media in this so-called crisis. In October 2019, Prince Harry took legal action against the Mail on Sunday for “false” and “deliberately derogatory” coverage of Markle. He said:

My deepest fear is history repeating itself. I’ve seen what happens when someone I love is commoditised to the point that they are no longer treated or seen as a real person. I lost my mother and now I watch my wife falling victim to the same powerful forces.

Ahead of a royal summit at Sandringham, lawyer and women’s rights activist Dr Shola Mos-Shogbamimu spoke on This Morning. Holly Willoughby asked Mos-Shogbamimu:

At the heart of this… do you believe that racism is to play?… actually you’re exhausted of having to defend it because, for you, it’s so blatant that yes, the answer is yes.

You’ve taken the words right out of my mouth. It is exhausting when you keep hearing people… deny… that racism is at the heart of this… it’s criticism steeped in racism…

It is not the job of Black people and ethnic minorities to educate white people on racism that is perpetrated by white people. White folks need to go educate themselves on the racism they perpetrate. The reason why the racism experienced by Meghan feels so personal… is because it’s symptomatic of the culture of racism in the United Kingdom.

As if to prove her point, co-presenter Phillip Schofield showed his own ignorance about racism by asking “what examples do you have?” As Mos-Shogbamimu replied:

But Schofield doubled down, insisting [1.10] “I haven’t personally read anything that I could say was based on racism”.

And there you have it, white privilege in action. Not only that, but Schofield also epitomises white male privilege. Because it really doesn’t take long to find countless examples.

"It is not the job of black people & ethnic minorities to educate white people on racism perpetuated by white people. White folks need to educate themselves on #racism."

Me explaining what racism is from the lens of #WhitePrivilege on #thismorning #royalcrisis #HarryandMeghan pic.twitter.com/bNcFfy5qZA

The UK media outlets that currently make up the royal rota are the Daily Express, the Daily Mail, the Daily Mirror, the Evening Standard, the Telegraph, the Times, and the Sun.

It examined 20 stories that show how differently the UK press treats Markle in contrast to white sister-in-law Kate Middleton, often on the same topics. From their wedding bouquets to pregnancy and royal relations, one woman’s a heroine while the other’s manipulative, selfish and scheming.

One Twitter user shared a comprehensive summary of this coverage:

Exhibit 1: #AvocadoGate
Avocados are a benign morning sickness cure for Princess Kate, bought for her by her adoring husband. Avocados are fuelling drought and murder when consumed by the Duchess of Sussex, Meghan. pic.twitter.com/9zEGCyk5Ma

Exhibit 4: #WeddingBouquetGate
Both brides had the classic British flower Lily of the Valley in their wedding bouquets. One bride (Kate) is lauded for following the royal code. The other (Meghan) is lambasted for endangering Charlotte. pic.twitter.com/n7udssdVjM

Beyond comparison of the two women, the Mail also stooped to more overt racism about Markle’s family history:

Exhibit 7: #SlaveGate
The Daily Mail decides to highlight that Meghan is apparently "descended from slaves". The dog whistle is employed. How dare a descendant of slaves aspire to marry a prince? pic.twitter.com/PhldJZ45Cu

Before anyone suggests I'm pro Meghan and anti-Kate, nothing could be further from the truth. Both are young women trying to navigate marriage and motherhood. Neither deserve vilification.

These headlines may not always name Markle’s ethnic heritage, but that’s exactly how systemic racism works. As Mos-Shogbamimu also explained on the Victoria Derbyshire show, beyond the context of this story, racism “is a cultural issue” in the UK:

People are more outraged about the so-called ‘race card’ being played than… outraged by racist behaviour. It begs the question ‘what kind of society are we?’

She added that Black people and people from other ethnic backgrounds “are done with having to bear the burden” of racist oppression. But as she explained, they also have “to defend ourselves from the racism” and then explain that racism to perpetrators:

It's reprehensible that WE not only have to defend ourselves from racism; but then expected to explain it & also bear the brunt of denials of our lived experience.
@VictoriaLIVE #HarryandMeghan pic.twitter.com/L4KLmlYFDQ

Apparently, Prince Andrew’s links to a known sex offender didn’t constitute a full royal crisis to our twisted media. Meanwhile, there’s no denying the outrageous £32m cost of Harry and Meghan’s wedding or trying to pretend they’re just ‘ordinary’ people. Nor should we ever forget that Harry once wore a Nazi outfit to a party, and poses with dead animals after hunting. But racism is racism. At least this faux-crisis has pushed the issue to the forefront of public debate, along with the foul role played by the establishment media to entrench racist tropes. This move is probably the most useful thing any member of the royal family has ever done. Nice one, Markle and Spencer.