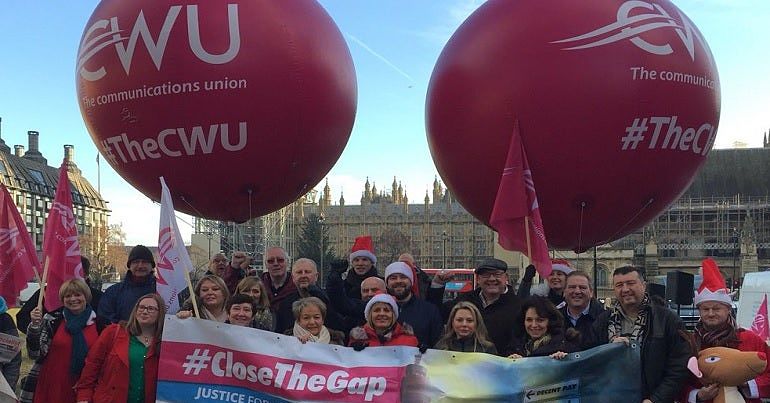 The Communication Workers Union (CWU) has given a strong, direct assessment of what went wrong in the 2019 election. And now, it’s holding Labour leadership candidates’ feet to the fire with a powerful ultimatum.

what nobody can face away from is that we have seen four years of constant attacks on Jeremy Corbyn and the membership by some MPs and Labour’s old guard, who have openly put removing Jeremy ahead of securing a Labour government.

our movement is built on difficult moments. It’s not about getting knocked down. It’s about how you get back up again.

CWU Statement from @DaveWardGS on the #GE2019 results.

“It’s not about getting knocked down. It’s about how you get back up again.” pic.twitter.com/kCyLi6SqwS

Ward has now written to Labour leadership candidates with a set of important questions:

Our General Secretary @DaveWardGS has written to all Labour Leadership/Deputy candidates asking for their views on policy, comms, membership and trade union engagement and more.https://t.co/JA75GIPclG

Apart from trying to gauge candidates’ commitment to current Labour policies and greater democratisation of the party, Ward stressed:

It is critical in our view that Labour develops a more robust communications and media strategy.

Would you work to grow a new media in the UK?

He also made it clear that the candidates’ answers would inform the union’s leadership on whom to recommend to branch members at the end of January.

Labour must listen to the CWU

Former leadership hopeful Clive Lewis put the issue of democracy at the forefront of his campaign, while being a consistent supporter of media reform. But with lack of support from MPs forcing him to withdraw, it’s no longer clear who’ll champion these causes. So the answers of Labour’s remaining candidates to the CWU’s questions could be key.

As Ward highlighted, in December, Britain’s establishment media played a key role in vilifying Corbyn in a years-long war of smears. And it’s easy to work out why when we see how billionaires dominate the media. Just three companies, for example, control around 83% of newspapers – an increase from 71% back in 2015. Roughly 80% of online media, meanwhile, sits with only five companies.

In short, press barons and their establishment allies have immense power to wage class war against ordinary people through the media. And that’s precisely what they did in the 2019 election. They went all out to stop Corbyn’s party from winning via overwhelmingly negative coverage. As professor Natalie Fenton explained after the election, meanwhile, the Tories had a winning strategy in this environment. With the establishment media’s support, they misled the public, kept their message simple, and avoided discussing tough issues, with party leader Boris Johnson hiding consistently from media scrutiny. And Facebook helped by giving political posts a free pass on fact-checking.

With this in mind, Labour must help to “grow a new media in the UK”. Because if it doesn’t, it will either have to sell its soul or doom itself to yet more defeat.