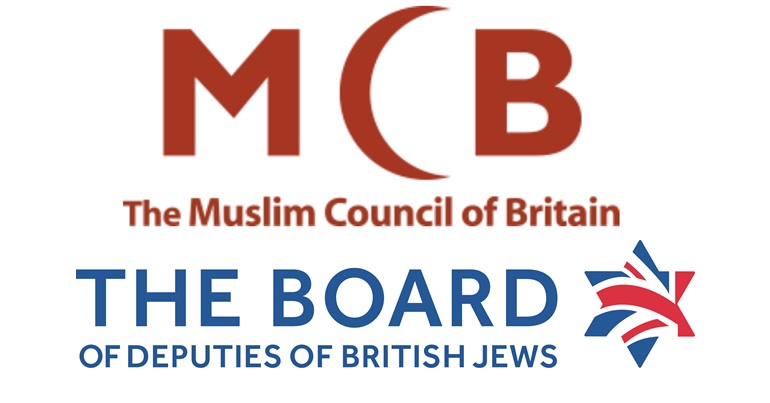 Labour leadership candidates have received a request to support ten pledges from the Muslim Council of Britain (MCB) – “the UK’s largest Muslim umbrella body”. And considering the controversy that similar pledges from the Board of Deputies of British Jews (BoD) have sparked in recent days, the BoD could learn a lot from the MCB about how to make reasonable, respectful, and inclusive requests.

We welcome @LabourMuslims support for our 10 key pledges which highlight a range of concerns and priorities for British Muslims. We encourage the @UKLabour leadership hopefuls, and indeed all party leaders, to support Muslim communities by adopting these policies. https://t.co/7ManrxZGWF

At the time of publication, the MCB has already thanked Rebecca Long-Bailey, Emily Thornberry, Keir Starmer and Jess Phillips for agreeing to these pledges.

The big difference between the MCB and BoD pledges

Jewish left-wingers have expressed serious concerns about the BoD pledges, which Labour leadership candidates have all backed. As The Canary reported on 14 January, there are worries in particular that the BoD is asking Labour to “disregard the views of Jews with whom [the leaders of the BoD] disagree”. Jewish critics have also accused the BoD of seeking to undermine the party’s independence.

All of the Board of Deputies' pledges are at best questionable, mostly wrong and two are potentially illegal. I don't know who produced this critique but it shows all the Labour leadership contenders to be utterly useless In combating racism & antisemitism. pic.twitter.com/FeomRXrvXF

The BoD says, for example, that:

Labour must engage with the Jewish community via its main representative groups, and not through fringe organisations and individuals.

This is in stark contrast to the MCB, which asks Labour to:

Commit to proactively engage with a broad and representative spectrum of British Muslim communities to ensure a plurality of views are being considered.

The difference between the two groups’ approaches is clear. While the former seeks to exclude voices it disapproves of, the latter actively encourages inclusivity.

Another difference is that the BoD appeared to target only Labour (a committed anti-racist party), without demanding the backing of Conservative leader Boris Johnson or any other party leader. The MCB, meanwhile, called on “all party leaders” to adopt its pledges.

The BoD’s stance is particularly concerning considering that Johnson – who’s very popular among fascists – has a longstanding record of insulting women, ethnic minority groups, religious minority groups, the LGBTQIA+ community, and working-class people. He and his party, meanwhile, have long faced allegations of antisemitism, with ties to antisemitic, far-right parties in Europe being a particular cause for concern. They are also experiencing an Islamophobia crisis which seems to be out of control. Statistics have previously shown, for example, that 56% of Conservative Party members believe “Islam is a threat to the British way of life”.

On 13 January, a Labour branch passed a motion criticising the BoD pledges:

Here is the perfectly reasonable resolution that @AlexcHolmes is misrepresenting. https://t.co/MU1TFhyiZM. If you can't or won't follow the link, the pic is of the entire innocuous resolution is here https://t.co/TYOOVa2jhH pic.twitter.com/a4GADGqEIE

1) I always take any allegation of racism extremely seriously. I’ve been speaking to members this morning who were in attendance at the local ward branch meeting last night, including the two Jewish members who proposed the motion. https://t.co/ubnKsI18k2

He said “there are conflicting accounts” about what attendees had said. But he added that there would be “zero tolerance” if Labour upheld any of the allegations.

Labour must listen to all communities across the UK, while also retaining its political independence. The MCB pledges respect that. The BoD pledges don’t. That’s why the latter have caused so much anger among party members. The BoD should take a leaf out of the MCB’s book.

Featured image via MCB and BoardofDeputiesPR, with additional content via Press Association