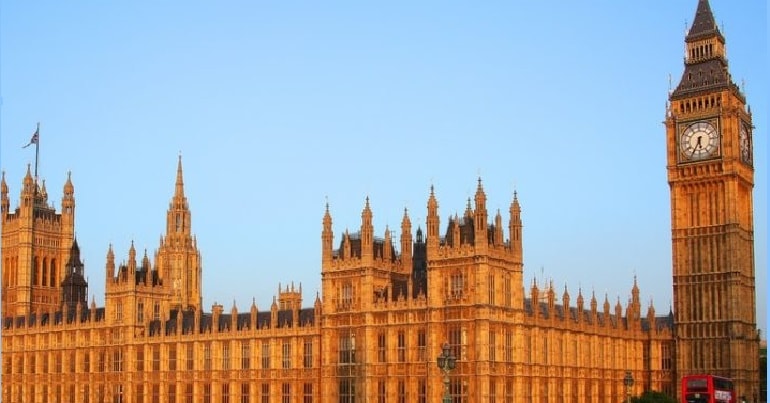 The corporate media and its pundits were quick to try and blame Jeremy Corbyn for Boris Johnson’s nightmarish election win on 12 December. But there are two massive factors to blame that they won’t be analysing in-depth any time soon. These are:

Without a media revolution, the ultra-rich will continue to dominate

Brexit was undoubtedly a key factor in the election, handing the Brexit-obsessed Tories numerous longstanding Labour seats because many people perceived Labour’s position on Brexit as an attempt to undo the 2016 referendum result. But other issues were clearly important too. So in stepped the billionaires who dominate Britain’s mainstream media. And their information war against Corbyn’s Labour (both on Brexit and other issues) surely helped to tip the scales in Johnson’s favour. As comedian Frankie Boyle wrote:

Labour has been monstered in the media throughout the campaign, and largely been judged by different standards than the Conservatives.

Johnson, however, avoided scrutiny as much as possible. And the Tory campaign clearly focused on dirty tactics:

88% of Tory ads contained lies.
They lied re Brexit, 50k nurses, 40 hospitals.
They faked a video and fact check site
They faked news about a 4-year old & Labour spending
They paid for bots to spread fake news.
They suppressed the Russia report.

Britain’s establishment media also had a clear anti-Labour position from the very start. Even public broadcaster the BBC faced fierce criticism for its alleged pro-Tory bias. In particular, the smearing of Labour’s veteran anti-racist leader was endless (despite his party’s very strong record on stamping out racism), although there was barely a mention of the Tories’ appalling record on racism. Corbyn’s enemies in the Labour Party, meanwhile, had been fuelling this vile propaganda campaign against Corbyn ever since he became party leader. As film legend Ken Loach said:

“No other Labour leader has had the abuse that Jeremy Corbyn has. No other leader has been called a terrorist when he’s a man of peace, or a racist when he’s been opposed to racism all his life”. @itvnews

In fact, as historian Mark Curtis pointed out:

Strong performance by Corbyn to get 32% of vote in face of total demonisation from whole of media, much of his own party and the state for 4 yrs while defying (wrongly) Brexit vote. Shows popularity of non-Brexit policies and defiance of propaganda by substantial % of electorate pic.twitter.com/s1DJ3kzT0t

Our current media is simply not fit for purpose. And if we want a truly transformative left-wing government any time soon, a media revolution is vital.

I don't want to hear a fucking word from smug sensibles saying this defeat lies at Corbyn's feet. This defeat lies firmly with the media and the politics of lies, hate, and division that has fucked our country.

Watching BBC news this morning and a Labour MP mentioned that Boris Johnson is a racist, misogynist and an islamophobe and her response is "well he's not anti-semitic is he?" 🙂????????????

Our electoral system is rotten. Continuing as we are is not an option.

Only two thirds of eligible people in the UK voted in the election, and we obviously need to reflect on why a third chose not to vote. But putting that issue to one side, our electoral system is in desperate need of a radical overhaul. Because in our current system, some votes simply matter more than others. And having to vote for a party that’s not our first choice just because it has the greatest chance of winning is all too often a necessity (particularly for progressives).

In this election, the Conservatives got around 43% of votes, but about 56% of all MPs. Labour (and other parties), meanwhile, would have won more seats in a more proportional electoral system:

There's going to be loads of analysis of #GE2019 coming out in the next few days. Here's the most important thing to know…

Once again, the UK has a Parliament that no where near reflects how the people voted.

Across Britain, it took…

"This election should be a wake-up call to the Labour Party. they do need to work with other parties to overcome problems with the electoral system" – @sianberry

But smaller anti-Tory parties, fully aware of the rotten core of UK’s electoral system, also need to reflect carefully. Because in numerous places, they helped to put the Tories in power:

Green vote bigger than the difference between Labour and the Tories.

Laura Pidcock was a working class politician who backed a green new deal and ending austerity.

You have to work for every vote but this is just sickening. https://t.co/qvEumzer4H

This captures the appalling, reprehensible strategy of the Lib Dems perfectly. This was a Labour seat; it's now a Tory seat. Tory-enabling LibDemmery at its very worst. Sickening.#GE2019 #LibDems https://t.co/6TuOjtGJAo

In other cases, a majority of people were clearly against the Tories; but pointless division in the anti-Tory vote helped to deliver a Tory MP:

All progressives must campaign for media and electoral reform

Parliament isn’t everything, and politics doesn’t just happen when there’s an election. We can all use our dignified rage at this nightmare election to organise creatively to improve our communities and lay the groundwork for change:

If we cannot transform society at the ballot box one year, we don't wait idly by to transform it five years on.

We need a grassroots Labour movement in our constituencies to engage in and start community projects to care for these people as racism, bigotry, and yet more poverty abounds. We cannot just be an engine for political campaigning, we have to be a community resource.

On a national scale, however, it’s absolutely vital in the coming months and years that both media and electoral reform are at the top of any progressive, anti-Tory agenda. Because changing both is the best way to fight back, and failing to do so could cement the Tories’ power even further.