Be careful if voting tactically. Because one site just made a massive cock-up. - The Canary 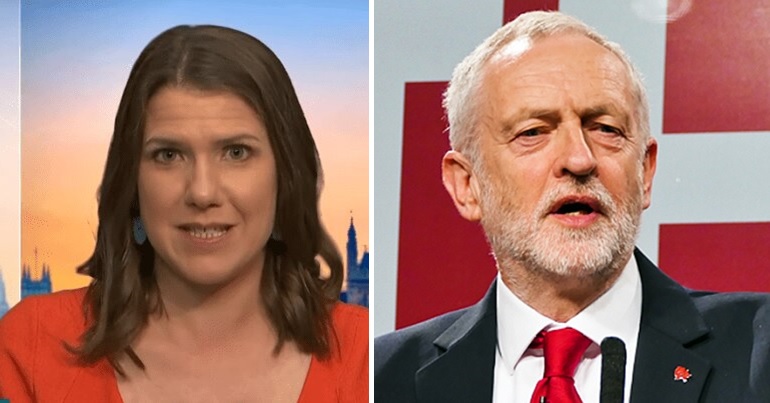 British politics is a mess, and it desperately needs a radical overhaul. Because under our current electoral system, some votes simply matter more than others. And tactical voting – having to vote for a party that’s not your first choice just because it has the greatest chance of winning – is all too often a necessity (particularly for progressives). But this election, there have been warnings of dodgy tactical-voting sites that are misleading voters. And a massive howler from one site could help to re-elect the Tories.

As ‘tactical.vote‘ highlighted on Twitter on 10 December, one recommendation from ‘Remain United‘ advocated voting for the Liberal Democrat candidate in Kensington – a seat which Labour currently controls – even though Labour was the main challenger to the Tories:

Hi @thatginamiller @remainutd, we've got a lot of respect for you, but what is going on here?

Your recommendation in Kensington now contradicts your own polling – look at the percentages. pic.twitter.com/2HqDunEI18

Shortly after this tweet, The Canary checked the site and got the same result: 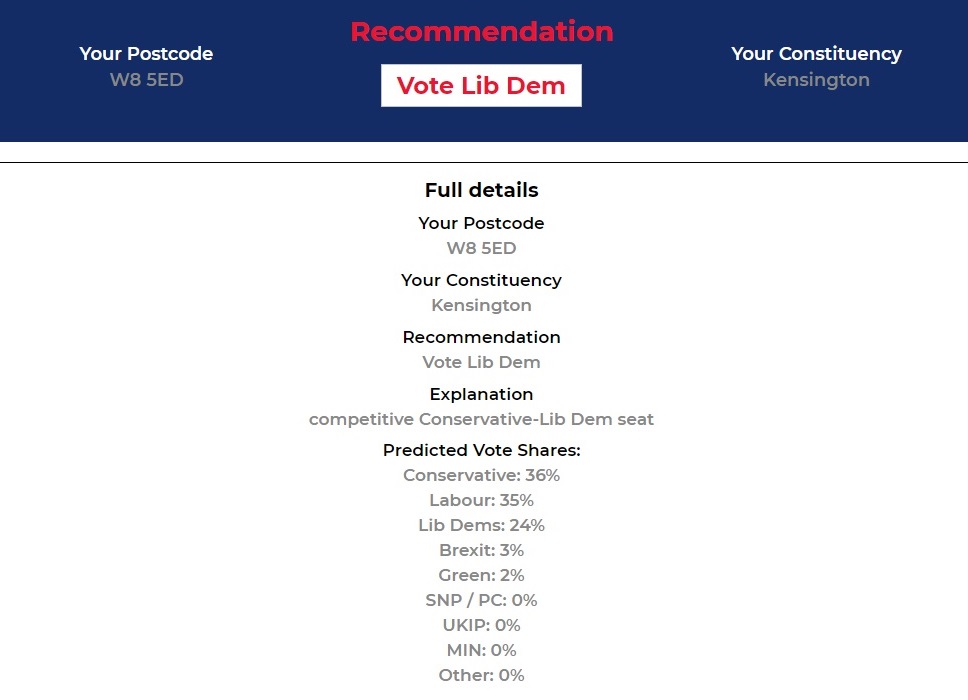 As actor Rob Delaney pointed out, the 2017 election results clearly show that the Lib Dems were *not* the main challenger to the Tories:

The current Lib Dem candidate, meanwhile, is Sam Gyimah – who was actually a Tory minister just last year. And his terrible voting record has seen him opposing “equality and human rights” laws, higher taxes for the super-rich, and climate action – all while backing privatisation, welfare cuts, and military interventions abroad. In short, he’s Tory through and through.

To be fair, Remain United “updated” its statistics after tactical.vote highlighted its dodgy position. But it only did so in a desperate attempt to justify backing Gyimah:

Our live #Kensington recommendation and data now updated – incorporating local as well as national MRP and polling. The best chance of defeating the Tories in Kensington is #TacticalVoting for @SamGyimah@thatginamiller @BestForBritain @peoplesvote_uk pic.twitter.com/IRk1jnqaNV

Update: they've fixed it, by… changing the percentages from their own data this morning to totally different percentages. How is that possible? It's a mystery.

The Canary has previously highlighted that there are numerous cases where Lib Dems are seeking the ‘progressive’ vote in seats where Labour is the main challenger to the Tories.

Be clear on who to trust

Some of the most marginal seats in the country are Dudley North, Newcastle-under-Lyme, Southampton Itchen, Richmond Park, and Crewe and Nantwich. As an example of how the Tories have screwed over these areas, the NHS in Dudley will be suffering to the tune of £182m a year by 2023 as a result of Conservative-led underfunding. The figure is £113m in North Staffordshire, £140m in Southampton, £110m in Richmond, and £103m in South Cheshire. The Tories have also made school funding cuts in these areas, and don’t plan to reverse these cuts any time soon. The Lib Dems, meanwhile, supported Conservative-led ideological austerity, and Swinson in particular has a terrible voting record. And that’s why lies about tactical voting could be so damaging.

While several tactical-voting sites seem to have a highly questionable Lib Dem bias, tactical.vote and tacticalvote.co.uk seem to be the most trustworthy. They agree that Lib Dems are only the main challengers to the Tories in a tiny handful of seats, and that a vote for Labour is the best choice almost everywhere. In the five ultra-marginal seats above, for example, Labour is the recommendation in all except Richmond Park.

Our current electoral system means tactical voting is vital if we want to get the Tories out of power. But be very careful whom you trust. And look at both the 2017 election results and tactical.vote’s recommendations. Because one misplaced vote could give Boris Johnson the keys to Number 10.