By forcing the hand of power, the coronavirus pandemic reveals radical change was possible all along - The Canary 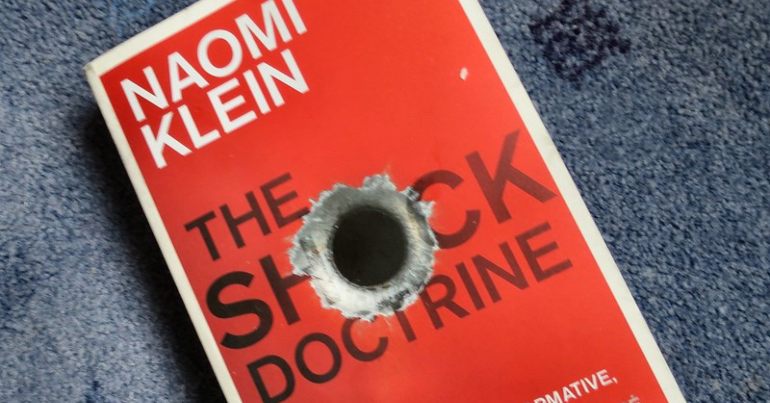 As the coronavirus pandemic escalates around the globe, debate has heated up about how governments and international institutions should respond. Already some surprisingly progressive proposals have been floated – and often from unexpected quarters. It raises the question of whether radical changes to our economic and social systems have been possible all along. And also if they were falsely labelled unworkable because they went against powerful interests.

On 11 March, the World Health Organisation recognised the outbreak of the new coronavirus (Covid-19) as a global pandemic. The responses in the US and UK have so far been so inept that they’d be comical if they weren’t so dangerous. This is, of course, only to be expected given the bumbling, authoritarian buffoons who currently occupy the White House and 10 Downing Street.

But along with exposing the incompetence of these leaders, the crisis has also seen progressive economic and social reforms gain greater prominence. Even in historically neoliberal-leaning countries, there are suddenly calls for radical change to deal with the consequences of the crisis.

…and from some unexpected quarters

In the US, for example, commentators and politicians alike have suggested giving each member of the public a one-time payment to help cope throughout the outbreak. And it’s not just progressives like Bernie Sanders or Alexandria Ocasio-Cortez who’ve been putting these ideas out. Utah senator Mitt Romney, for instance, who was the 2012 Republican Party candidate for president, pledged his support for the proposal. Boris Johnson’s Conservative government in the UK, meanwhile, announced that the state would cover 80% of wages for employees not working as a result of the outbreak, up to £2,500 a month.

Even the Trump administration has suddenly started embracing progressive ideas. On 18 March, Trump ordered the US Department of Housing and Urban Development to halt all evictions and foreclosures until the end of April. In the same week, US federal housing regulators Freddie Mac and Fannie May announced new plans to allow homeowners to have their mortgages reduced or even suspended for up to a year.

Because they were feasible all along

Notice that these are the kinds of reforms that progressives have been advocating for decades, but keep getting called unaffordable by political opponents. The proposal to give each member of society a payment to cover basic necessities, for example, is essentially a temporary version of a ‘universal basic income’ (UBI). Instituting a trial rollout of UBI was one of the very ideas that Labour had in its manifesto during the Jeremy Corbyn’s leadership.

Although Labour’s manifesto was fully costed, Tory party figures, along with their minions in the corporate-owned press, issued hysterical warnings about how a Corbyn government would somehow ‘bankrupt the country’. Meanwhile, paying wages to the unemployed is exactly the kind of social protection that we keep hearing somehow ‘breeds idleness’ in so-called ‘benefits scroungers’.

But now that we’re in times of crisis, these objections are suddenly forgotten. Of course, right-wing voices will likely claim that different circumstances call for different measures. But many of the conditions on which these measures are predicated – whether it be a lack of secure work or difficulty making ends meet – have existed since long before the pandemic began.

The Trump administration’s policies on housing, meanwhile, could just as easily have been implemented following the 2007/8 financial crash. As The Canary has previously argued, the Obama administration continued the bank bailout program of its predecessor George W. Bush, yet gave only measly relief to homeowners who had been hit by the subprime mortgage crisis. Noam Chomsky dubbed this “socialism for the rich, capitalism for the poor”.

The outbreak has also rammed home an important truth about how power relations work in capitalist society. As Canadian author Naomi Klein argued in her 2007 book The Shock Doctrine: The Rise of Disaster Capitalism, right-wing forces often exploit crises in order to restructure society in the interests of powerful corporations and wealthy individuals. In a recent video for the Intercept, however, she pointed out that crises can provide an opportunity to change society for the better as well. And there have been examples of this on both sides of the Atlantic throughout history.

In the UK, for example, the experience of the Second World War showed that government investment can create full employment during wartime. And the Labour government led by Clement Atlee after the war realised that if full employment can be achieved by building bombs and bullets as part of a war effort, then why not by building schools and hospitals during peacetime as well. Similarly, in the US, the experience of the Great Depression was the catalyst for the implementation of the ‘New Deal’ by President Franklin Delano Roosevelt.

Clearly, progressives everywhere need to consistently point out the value of socialist policies during the pandemic. So that in the aftermath, social relations are rearranged to benefit the many rather than strengthen the power of the few. As the old political saying goes, ‘never let a good crisis go to waste’!

The reason these reforms weren’t made before the pandemic was perhaps for the simple reason that the capitalist system could be left ticking while entrenched power systems kept the public insecure and demoralized while maintaining profits. But in the face of this pandemic, circumstance forced their hand, and in the process, made them reveal their hand to all.