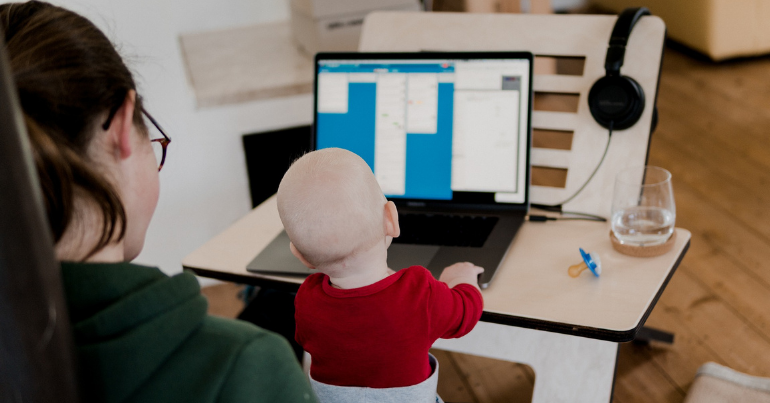 On International Women’s Day, there’s lots to celebrate in terms of the movements for gender equality around the world.

There’s been great progress in some places during the pandemic: Argentina’s abortion legalisation signified a huge victory for reproductive rights; Donald Trump was voted out of office; a transgender woman achieved a landmark victory for transgender rights in the US.

However, there has been a more sinister effect of coronavirus (Covid-19) for women. Increasingly, reports are finding that women are taking on the majority of childcare and home schooling, and have also been more likely to lose their jobs during the pandemic.

This has led to fears that the pandemic has hampered progress in gender equality. As a result, we must take extra care to ensure coronavirus recovery includes planning for recovering equality.

In July, the Office for National Statistics (ONS) released figures showing that women spent significantly more time on childcare in a day. A third of women subsequently said their mental health had suffered because of home schooling.

A further study by University College London (UCL) found that women were more likely to have given up working to look after and educate children during lockdowns.

Emla Fitzsimons, a research author and professor at UCL’s Institute of Education, said:

Many mothers who have put their careers on hold to provide educational support for their children will need to adjust again once schools reopen and the furlough scheme tapers off.

These figures show that women who have reduced work hours to help their children will need support to get back to the workplace. While reports show men are taking on more housework than they did decades ago, we cannot settle for women being the default for childcare responsibilities.

Children are returning to school, but the future remains uncertain as to whether they will stay there; men must step up to take on an equal share of childcare.

For example, Debenhams and Arcadia, both recently bought by online companies, are likely to shed most of their store employees. At those stores alone, 77% and 84.5% of staff respectively were women.

In the arts and entertainment sector, there was a two-fifths drop in the number of Black women working.

This leaves many women in a precarious position. And it further risks decades of progress in increasing women’s representation in the workforce. In this case, the government has the power to tackle this by maintaining furlough as long as it takes industries like hospitality to get back on their feet. This would protect industries from having to shed jobs that are likely to be held by women.

The United Nations (UN) has called the increase in domestic violence a ‘shadow pandemic’, urging global action to address the increase as countries map out recovery.

While the government has announced £19m in funding to tackle domestic abuse, domestic violence charity Women’s Aid has called for more funding from the UK government to help women effectively.

Specialist women’s domestic abuse services continue to face a funding crisis, with funding cuts and poor commissioning decisions failing to keep them secure. Women’s Aid estimates that £393m is required for lifesaving refuges and community-based services in England, alongside ring-fenced funding for specialist services led ‘by and for’ Black and minoritised women, disabled women and LGBT+ survivors.

However next year only £165 million will be delivered, with an additional £19 million announced today for work with perpetrators and ‘respite rooms’ for homeless women. We urge the government to provide further details of this funding, as it’s unclear what ‘respite rooms’ are.

This shortfall of over £200 million will mean that women and children will be turned away from the lifesaving support they need.

Without action, women are increasingly suffering violence in their own homes. We cannot allow this pandemic to mean less support for them.

What does this mean for equality?

In a recent survey by Mumsnet, more than half of the respondents said they believed gender equality was “in danger of going back to the 1970s” – a horrifying thought.

If we look to previous health emergencies, the outlook is bleak: one year removed from Sierra Leone’s Ebola outbreak, 17% of women have returned to work compared to 63% of men. An outbreak of Zika in Brazil five years ago still sees 90% of women who have a child with Congenital Zika Syndrome out of work.

With that possibility in front of us, we must take this as a call to lobby for women’s rights globally – in the home and in the workplace. The fight for gender equality is a fight parallel to and inseparable from the justice called for by the Black Lives Matter movement, by campaigns for economic equality – we cannot allow it to go backwards.