When trying to understand a war, the mainstream media cult of personality isn't helpful - Canary 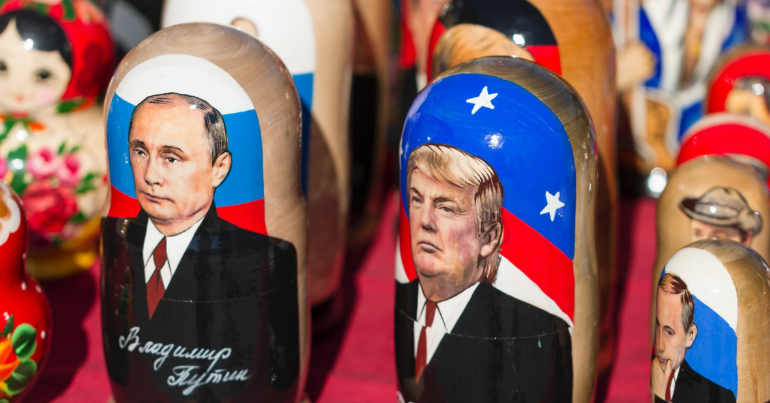 Russia continues its onslaught on Ukraine, the death toll rises, people flee the carnage, and opposition to war increases. And amidst all of that, the arms industry’s share prices appear to be skyrocketing. What’s more, it seems as if some European politicians aren’t doing as much as the EU indicated it would do to enforce economic sanctions against Russia.

So what’s new about any of that? We’ve been here before, haven’t we? Death and destruction followed by sabre rattling, hypocrisy, inaction, and profit. As a journalist and as someone who has read countless media reports, I’ve seen this all too often. But for some reason, and I can’t fully explain why, this time round feels worse than any other conflict.

And while there are, again as always, glimmers of hope in terms of how people organise against conflict, I’m not entirely convinced I can say this feeling of mine is going to get better any time soon. At least it won’t get any better as long as the mainstream media (MSM) continues its focus on Russian president Vladimir Putin’s character as opposed to his appalling human rights record and NATO military expansion.

What I can say is, the MSM’s coverage of this war has greatly contributed to my mood. I don’t usually have access to Irish or UK MSM TV channels such as RTE (Irish state broadcaster) or BBC. Lucky me eh? But over the last few days I did have access. And I truly nearly lost my fucking mind. No joke, I really couldn’t believe it. I felt there was almost no difference between those channels and the shameless Fox News.

Because while the MSM has reported on the effects war is having on people on the ground in Ukraine, its analysis appears focused on Putin’s personality. Words such as “unpredictable” and “megalomaniac” have been used to describe his behaviour. The tánaiste (Irish deputy prime minister) Leo Varadkar called him the “Hitler of the 21st Century”. So it kind of makes you wonder how Putin was ever celebrated in the West.

Others have ventured a bit further than mere insults. They’re in fact trying to link Putin’s comments about the fall of the Soviet Union as one of his reasons for invading Ukraine. Now all of this may have some basis in truth, but it does sound over-simplistic to me. I mean if you can’t even get your head around a conflict in your own back yard (the North of Ireland), how come you’re a geo-political expert all of a sudden?

So it’s possible this analysis of Putin is inaccurate. Moreover, it ignores the very fact that Putin, just like most other world leaders I’m sure, doesn’t make decisions alone. He’s surrounded by a plethora of advisers and civil servants. In any case, the reality is that none of us – neither journalist nor political pundit – is inside Putin’s head. So this analysis is at best guess work.

Additionally, most global leaders are only able to get into power as a result of the financial support they receive. So, what financial interest could be served by avenging the fall of the iron curtain? Sorry, I’m not buying it.

I don’t believe Putin ordered Russian troops to invade Ukraine because he’s some kind of an ‘insane megalomaniac’. He’s been president of Russia, or in a leading role in governing Russia, since the turn of the century. I don’t believe it. What I do believe though, is his invasion is part of a strategy to reinforce Russia’s sphere of influence against NATO expansion. That’s far from a justification for invading and inflicting misery on people, but it goes some way to trying to understand it

We shouldn’t even call it ‘analysis’

At best, this focus on Putin’s character is glib analysis. But at worst it totally disregards the fact that NATO has been building up its military alliances on Russia’s borders since the very time it said it would do no such thing. Add to this the ridiculous social media takes praising a president – one time reality TV star, comedian and actor – as some kind of war leader. The captions and takes that pervaded social media read – “this is what true leadership looks like”. I’m sorry, but while some may find a guy like this easy to relate to because of his background in popular entertainment, believing the MSM’s hype about such a personality is a dangerous game:

This is what true leadership looks like. The bravery. The Ukrainian president has refused asylum in favour of fighting for his country. The bravery of this man and the Ukrainian people is breathtaking. The world is watching and will forever remember the resistance of Ukraine. pic.twitter.com/iXMF2tZ8zj

There’s much that the MSM has not covered. There was little to no mention of NATO or the US’s involvement in the 2014 Ukrainian crisis. Hardly anything about racist attacks on People of Colour trying to flee the Russian invasion. Nor was there any tackling of outright Nazi-esque language, even if it was used in “emotional” circumstances, in MSM interviews. Quite bizarrely, the Telegraph tried to pin London’s Tube strikes on “Putin apologists”. Nothing at all to do with poor work conditions of course.

Instead of focusing on the root causes of this conflict, or any role the West may have played, MSM instead wants us to focus on Putin’s character. And, according to its analysis, he’s quite simply a monster. Well I guess there’s no negotiating with a monster is there?

My own response to this is, in the short-term, to limit the amount of MSM I consume and to be very selective about what I consume. More long-term I’m getting ready for an all-out boycott. We must never forget how we got to this point of war so the calls for peace must be louder than personal insults. Those genuine calls for peace, that MSM rarely air, need to go further than ‘can’t we all just get along’. They need to acknowledge the wrong of military expansionism, the wrong of this Russian invasion, and the need for people on the ground to democratically decide their own future.

Featured image via Unsplash/ Jørgen Håland – cropped to 770×403 pixels, free to use under Unsplash license