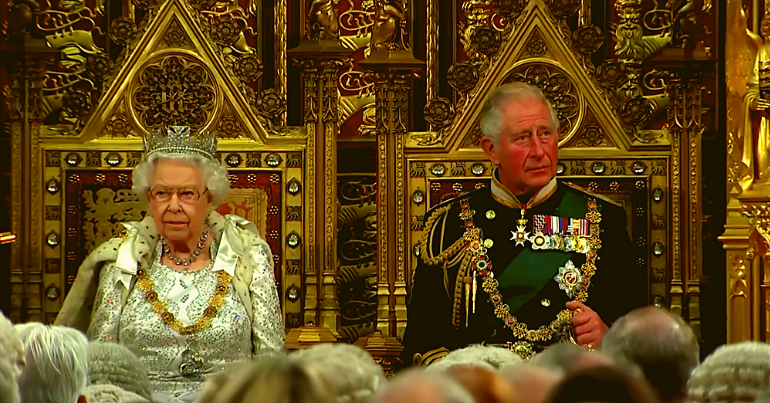 The Queen’s Jubilee celebrations are set to pop up next week. June is going to begin with a four-day bank holiday weekend, a pageant in London, and the promise (or threat?) of street parties across the country. A lemon trifle has been crowned the Platinum Pudding, beating out 5000 other desserts. You’d be forgiven for thinking the whole country’s gone mad.

Unfortunately, it’s very British to have a mass event that celebrates a monarchy whilst most people suffer under Tory rule. A cost of living crisis is making life much more expensive for the poorest people, the Home Office is trying its best to restrict protest, the climate crisis is rapidly worsening, and to top it all off, politicians are mired in corruption.

And it’s not like the royal family’s image is faring much better. The Queen’s son, Andrew, had his military titles and royal patronages stripped after sexual assault allegations. Meghan and Harry stepped aside from formal royal duties after telling Oprah about the racism Meghan faced. However, those scandals fit into the pattern of who the royal family is, and how desperately the monarchy needs to be abolished.

Timing of the Jubilee

In fact, it’s good timing for the royals – they can distract everybody with an extra-long bank holiday weekend and some readymade patriotism. Supermarkets eager to cash in are readily jumping on the idea of white people gathering under Union Jack bunting to eat terrible sandwiches and soggy trifle.

But in reality, huge numbers of people are turning to food banks. The Trussell Trust says that, aside from the first year of the pandemic, they’ve had to give out 2.1 million food parcels for the first time ever. Meanwhile, charity Turn2Us found that since the government decided to take away the £20 Universal Credit uplift, 4 in 10 families on Universal Credit have become food insecure. That means they can’t afford to eat. And some food banks are even turning away donations of potatoes because people can’t afford the energy costs to cook those potatoes.

Enter the royal family. Or, should I say, enter the taxpayer-funded royal family. Last year, the government gave the Queen £85.9m. The press teams of these parasites haven’t yet made clear how much taxpayer money the Jubilee celebrations will cost. We can be sure, however, that it’s going to be a huge amount of money that would be better spent on making sure people can feed their families and heat their homes.

Who doesn’t want to celebrate?

It may come as a surprise to some in Britain, but people aren’t particularly fond of the British Empire because of the devastation it caused across the world. At its peak – way back in 1922 – the British Empire covered a quarter of the Earth’s land surface. Britain invaded and pillaged so many foreign lands that 65 countries have had to fight for their independence from the British. Atrocities of empire include the Mau Mau uprising, in which thousands of Kenyan people were raped and tortured. The partition of India displaced 14-16 million people, and some estimates say that it killed 2 million. Winston Churchill famously starved 4 million Bengali people to death. During the Jallianwala Bagh massacre in Amritsar, British soldiers fired continuously and without warning until they ran out of ammunition. They killed hundreds of people, and the British general who gave the order was celebrated as a hero.

There are so many more atrocities that the British empire has committed. Britain has done nothing to reckon with its colonial past. Other countries make serious attempts to recognise and remember past wrongs, but empire is barely taught in British schools. In fact, a YouGov poll from 2016 found that 43% of British people thought the empire was a good thing. And 44% were even proud of Britain’s colonialism.

But there’s a reason why the Union Jack is known at the butcher’s apron. The British empire has murdered, displaced, and tortured millions of people. It doesn’t take a genius to understand why people living in Britain who come from countries that the British empire ransacked might not be too eager to pick up a cucumber sandwich and sit down with Sally and George from across the street to celebrate the Jubilee.

Even now, the Commonwealth includes 54 countries, with the Queen as their figurehead. But, she’s not just a figurehead – she’s a colonial figurehead. She is British colonialism, stolen gems and all. Colonialism is by no means over. So often, when the British empire is brought up, white people rush to say it wasn’t them who committed genocide, so why should they have to listen to angry people of colour banging on about colonialism?

It’s because the Queen is the head of an institution which wouldn’t exist in its current form were it not for the British empire. Britain would not be the country that it is now without empire. The royals’ recent tour of the Caribbean had them come face to face with even more countries who want reparations and independence. The continued Windrush deportations show that Britain doesn’t just have a legacy of colonialism. It has a present built on colonialism, and if the elites get their way, a future that’s also colonial. See, for example, the money that Britain pumps into aiding Saudi Arabia with the bombing of Yemen or the ongoing scramble for oil and other resources in Africa.

The reason British people get so mad when the Queen doesn’t receive adoration, and when people don’t want to see Union Jacks littered all over the place, is because national events like the Jubilee celebration are a test of belonging. They want everyone to join in the good time and unquestioningly raise a glass to the parasite in chief.

That’s not going to happen though. It doesn’t matter if you tell us to go back home, or if you ask why we’re here if we hate it so much. Britain’s colonialism brought us here. And we’re happy to ignore a set of days that celebrates privileged people while others are sinking into poverty and hardship.

It’s typically backwards of Britain to even have a monarchy. It’s unspeakably arrogant to expect everyone to be pleased about the Queen and her little party. And it doesn’t matter one bit if white British people are offended on behalf of their Queen. After all the terror the British empire has wrought, and continues to wreak – too bloody bad.