Earth pushes past another safe operating limit, thanks to richer countries 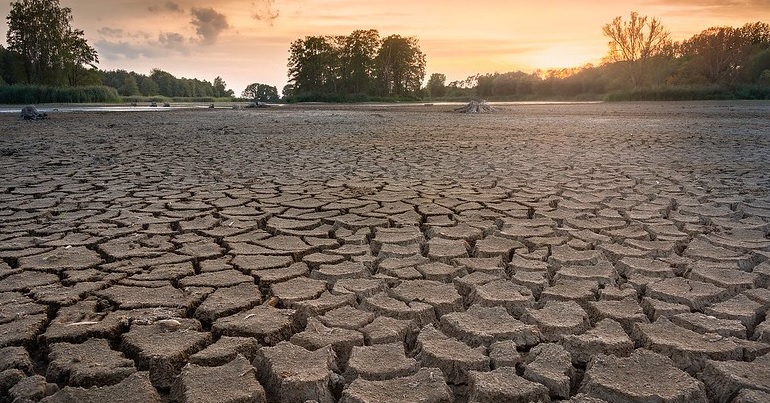 Researchers have found that the Earth has now exceeded another planetary boundary. The latest transgression of safe operating limits for the planet relates to freshwater, such as water contained in soils.

As another study recently highlighted, the overshooting of the planet’s safe limits is “driving a crisis of ecological breakdown”. That analysis assessed which countries bear responsibility for ecological collapse. It put the majority of the blame squarely at the feet of richer nations.

International scientists, led by then-director of the Stockholm Resilience Centre Johan Rockström, created the planetary boundaries framework in 2009. It identified nine key operating systems of the Earth and what the safe boundaries are for each in terms of change and modification. As the centre has explained, these boundaries denote levels “within which humanity can continue to develop and thrive for generations to come”.

Freshwater is one of the key operating systems. A recent reassessment by the centre’s researchers and others has shown that the global water cycle has experienced “dramatic changes” and pushed it past the safe limit identified in the framework.

In all, we’ve already exceeded six of the nine planetary boundaries, with the others being:

For the first time, researchers included ‘green water’ when considering the state of freshwater. This is the water that plants have available to them and therefore includes factors like rainfall, evaporation, and soil moisture. Previously, assessments of freshwater focused solely on ‘blue water’, such as water bodies and groundwater.

In a video on the findings, the Stockholm Resilience Centre explained:

We are profoundly changing the water available to plants. There is evidence that parts of the Amazon are drying out. And it is not just the Amazon. Everywhere, soil moisture is changing.

The planetary boundary for freshwater has been exceeded, study in @NatRevEarthEnv shows. Lead author @lan_wang: "We are profoundly changing the water cycle, affecting the health of the entire planet." Read https://t.co/NOhqGzzrsp@UUCopernicus @UUGeo @PIK_Climate @BolinCentre pic.twitter.com/zXz320sOWX

Mongabay reported that, like with blue water, human activities directly affect green water, which is why the researchers included it. The outlet also pointed out that the green water boundary:

Simply put, green water matters a great deal. It affects and interlinks with a number of other parts of the Earth system, not to mention humans’ ability to feed themselves.

Take the Amazon, for instance. If parts of it dry out and become savannah-like rather than rainforest, that threatens countless species. Human actions have already far transgressed the safe limit on biosphere integrity due to biodiversity loss. Moreover, the Amazon has traditionally been an important carbon sink. A 2021 study showed that deforestation and the climate crisis are changing this and turning parts of it into an overall carbon source, which further exacerbates climate change. This is another boundary that we’ve already crossed.

As Arne Tobian, an author on the green water-focused research that the journal Nature Reviews Earth & Environment published, said, “The Amazon rainforest depends on soil moisture for its survival”. Lead author Lan Wang-Erlandsson, meanwhile, highlighted that “Water is fundamental for any living organism on Earth”, Mongabay reported.

The use of the Earth’s resources is intricately linked to transgressions of these planetary boundaries, according to a further recently released study published in the Lancet. Climate change, for example, is a consequence of resource use – fossil fuels in particular. The paper noted that the extraction, production, consumption, and waste associated with materials that global society uses has:

a range of impacts on terrestrial and marine ecosystems, including on forests, soils, wetlands, lakes, rivers, and oceans

The study’s authors assessed which countries were responsible for the unsustainable, or excess, material use. They based this on what they had calculated were the “national fair shares of a sustainable resource corridor”. High-income nations bore responsibility for 74% of excess material use. The US used 27% of this excess, with the EU and China responsible for 25% and 15% respectively. The study argued that:

These results show that high-income nations are the primary drivers of global ecological breakdown and they need to urgently reduce their resource use to fair and sustainable levels.

It added that to achieve “sufficient reductions”, high-income countries will probably need to adopt “post-growth and degrowth approaches”. This effectively means turning their backs on capitalism, which is centred on never-ending growth.

In short, transformational change is required for global society to bring the Earth back into a safe operating space on many fronts. But it’s particular parts of that global society that have to change the most, namely the richer countries that bear overwhelming responsibility for the ecological crisis we’re in.