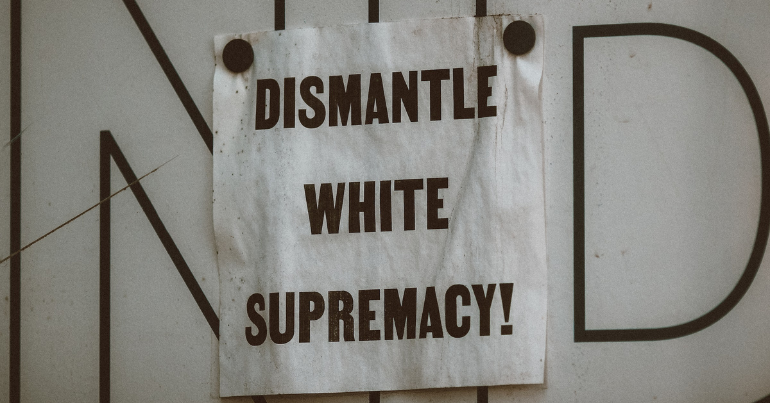 The recent Forde report found widespread Islamophobia, antisemitism, and anti-Blackness in the political sphere. Is anything going to be done about it? Probably not.

It’s simply not politically expedient to meaningfully oppose racism. White supremacy makes racism an opportune tool for those who are looking to maintain the whiteness of the status quo. That’s why it’s so important to look at race and ethnicity alongside religion.

It’s broadly the case that one of the central functions of white supremacy is to ensure that racism is routinely disbelieved and questioned, if the person experiencing the abuse is racialised as a “minority”. The Forde report alleged that a “hierarchy of racism” exists, and this is difficult to deny.

We thus cannot talk about dismantling racism without addressing how political parties and media outlets have perpetuated policies and myths that securitise racialised communities. We cannot allow ourselves to be assuaged by the optics of diversity if we are to truly challenge racism in the workplace and beyond.

The Forde Report confirms many suspicions and experiences that racialised groups already had, but which had been dismissed. It’s time now to listen to those on the margins.

Muslims in Britain have been made to feel, through political messaging and policy decisions, as though we are the enemies within. We’re seen as targets worthy of suspicion, who are not fully British do not fully belong. All this is wrapped up in decades-long Orientalism and xenophobia that carry white supremacy at their core.

Another thing the Forde report showed, however inadvertently, was that institutions like the Labour Party, and the political sphere at large, are not interested in meaningfully tacking antisemitism, Islamophobia, or anti-Blackness. There’s no need to state this politely – the Labour party no longer stands for the working classes. And it has shown time and time again that it has embraced white supremacy through refusing to meaningfully tackle Islamophobia.

We are far past the point where Britain can, in any serious way, be considered a progressive society.  Modern British politics has become about optics – it’s about appearing to tackle racism whilst merrily churning out policies that further disenfranchise communities of colour. There’s been a long and complex discussion about how major political parties are not meaningfully tackling Islamophobia and antisemitism. The thing is, though, white supremacy has been missing from this equation.

White supremacy is the unnamed political system that has made the modern world what it is today.

You wouldn’t know it if you were to look at the state of the British media today. Mills goes on to say about white supremacy:

Though it covers more than two thousand years of Western political thought and runs the ostensible gamut of political systems, there will be no mention of the basic political system that has shaped the world for the past several hundred years.

We can’t understand racism in Britain without understanding white supremacy. Islamophobia is racialised in a particular way. Antisemitism is also racialised – but mainstream politics and media have made the dominant discourse centre around white Jewish people at the cost of Jewish people of colour. It’s no accident that the combination of whiteness with being Jewish has been seized upon by people who don’t care about Jewish communities. Whiteness is seen as neutral.

In many political and media circles, racial literacy is woeful. Muslim writers have spent far too fucking long explaining patiently and at great cost how Islamophobia actually functions in this country. One of the most useful in understanding this is Salman Sayyid’s work on how we define Islamophobia:

More than an expression of hatred or fear, Islamophobia needs to be understood as an undermining of the ability of Muslims as Muslims, to project themselves into the future. The manners in which Islamophobia is expressed and made manifest are diverse. This makes it difficult to say that Islamophobia has one specific feature that is hidden behind all its various occurrences. There is no essence to Islamophobia; instead there is a series of overlapping elements that constitute a coherence based around a notion of what Wittgenstein described as a family resemblance. It is possible to see how a gesture, a speech, and a police action can all be aspects of Islamophobia reflecting not an underlying unity, but a series of overlapping similarities.

Sayyid demonstrates that the definition of Islamophobia does not hinge upon an understanding of who makes up a Muslim as a singular entity. Rather, we can track Islamophobia as a series of encounters which together form a map of belonging. In arguing that “there is no essence to Islamophobia”, Sayyid is able to express how complex Islamophobia is.

Just as white supremacy is not only white people running around in hoods, Islamophobia is not one single aggression. Instead, it’s a heavily surveilled community, it’s the monitoring of children in the name of Prevent, it’s police harassment, and more. It’s broader policy decisions which punish Muslims abroad. It’s the overarching narrative that Muslims are not to be trusted. To put it simply, it’s a world-building narrative.

The ability to see oneself, intact, in the future has long underwritten the work of anti­racist work. Sayyid neatly articulates that for Muslims to imagine ourselves in the future, to be alive, speaks to resisting the work of death that constitutes white supremacy, racism, and Islamophobia. The costs of Islamophobia to Muslims are serious and steep. It’s not something which can be escaped. It must be confronted.

This is exactly why the fundamental function of white supremacy is death. It orders our societies and controls the lives and deaths of groups of people. Political systems don’t care about Islamophobia, but we must care as individuals.

As the mess described in the Forde report shows, expecting political systems to change, expecting mainstream media to provide better coverage of racism, is a fool’s errand. It’s on those of us who are actually antiracists to commit to dismantling Islamophobic systems. This includes supporting independent media which challenges harmful narratives.

The uncritical treatment of knowledge production, and the types of communities this protects and sustains, is central to the reproduction of stereotypes and restrictive thinking. Edward Said’s work in Covering Islam examines the role of the media in reporting about Muslims. Said writes that:

Far from challenging the vulgar stereotypes circulated in the media, the academic experts on Islam are as a body neutralized in their isolated, immediately functional role as status symbols of relevant authority on Islam, and also dependent on the whole system constituting and legitimating their function within it: and it is this system which the media, in their reliance upon stereotypes based on fear and ignorance, reflect. (1981, p. 148)

A lack of critical thinking has become the hallmark of many works produced on understanding Islam. Said’s analysis, as ever, is a pertinent and astute reminder of the role of the media.

State of the media

The media has a duty to challenge the discourse coming out of Parliament. As we all know, that duty is met with a series of perpetual failures from mainstream media. Hierarchies of racism mean that Islamophobia is often forgotten about or not deemed worthy of opposition. It’s crucial that we can name white supremacy as the root of various forms of racism.

It’s an absolute disgrace that two prominent investigations which upended mainstream discourse on Islamophobia and antisemitism in Britain came from outside of the country. The Trojan Horse affair was investigated by the American podcast Serial, while Al-Jazeera have been rolling out their coverage on a data leak which they claim “attempted to undermine members supportive of Jeremy Corbyn.”

As the Canary’s own Afroze Fatima Zaidi wrote:

Journalism in the UK is full of anomalies. The press is supposed to be free, balanced and impartial, but this emphasis on impartiality requires being neutral on everything, including glaring injustice.

Hierarchies of racism are not politically neutral, nor is resisting an increasingly Islamophobic state and media. To resist Islamophobia is to resist white supremacy.

A version of this article was presented at Jewish Voice for Labour’s Fringe meeting at the Labour Party Conference – you can watch a livestream of the event here.