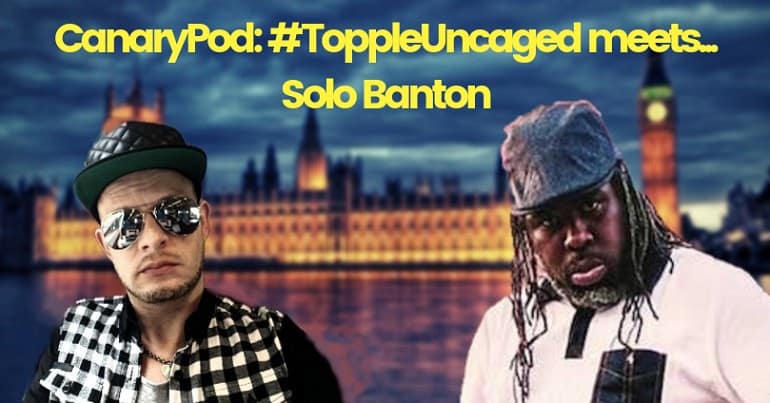 In a special episode, I met one of the pioneers of UK reggae and a legend within the movement: Solo Banton.

Solo’s first steps into music were aged just 11, when he began MC’ing. He has since had a broad career, proving a versatile producer, selector and artist. His influences range from roots reggae to soul via hip hop and rap. Now, this diverse mix of genres shines through on his new album. Called Old Raggamuffin, it’s Solo’s first full project in seven years. And the wait was certainly worth it. Old Raggamuffin is a heady mix of roots, soul and dub – with elements of calypso and hip hop thrown in for extremely good measure. The production, co-worked with Kris Kemist from Reality Shock Records, is of exceptional quality. But it’s Solo’s lyrics and delivery which really impress.

His performance skills have become noticeably more honed since his last album, Higher Levels. Cleverly mixing razor-sharp humour with damning indictments of the system, Solo doesn’t hold back with Old Raggamuffin‘s subject matter. From institutionalised racism to classism, via social media, political corruption and state-sanctioned propaganda, Solo has created a searing narrative of the world in 2019. Old Raggamuffin must surely stand as his seminal work.

So, I caught up with Solo for the #ToppleUncaged podcast. We discussed Old Raggamuffin, his journey to this point, Brexit, classism, the corporatism within the music industry and more.

Find out more about Solo, read more about the album and shop his back catalogue on Pauze Radio.