Homeless people will die in this weather. One grassroots group needs your help to prevent that. - Canary 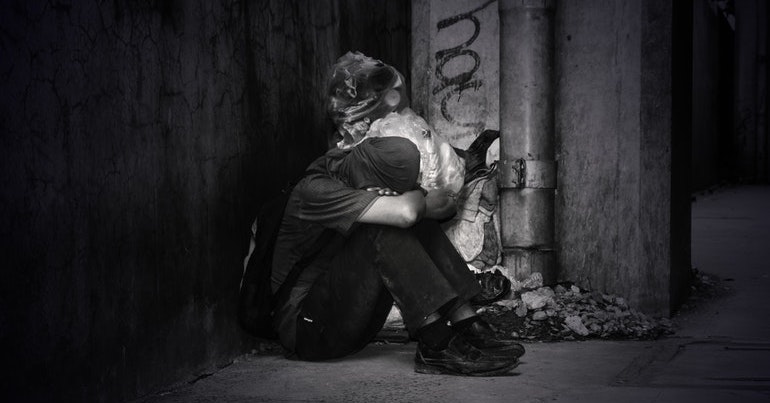 This year, up and down the UK, homeless people have been dying. With the Met Office issuing severe weather warnings on Monday 26 February for extremely low temperatures, biting winds and snow, the unfortunate truth is that even more people will probably die on our streets in the next seven days.

Homeless people and rough sleepers need your support, and one organisation in particular is going to be very busy this week.

At least four homeless people have died in London so far this year; most recently, a man perished near the Houses of Parliament. Across the UK, another man died on 23 February in Edinburgh. On the same day, a man died in Essex. Earlier in February, a man died in Cardiff. And at the end of January, a man died in Dudley, West Midlands.

Homelessness does not discriminate by location. People are dying up and down the UK. But what does discriminate is the government, which currently does not keep records of the number of homeless people and rough sleepers who die on our streets [pdf, p17].

It may be little wonder that the government doesn’t want an official record of the number of deaths. Because under successive Conservative-led governments, homelessness and rough sleeping have spiralled out of control. For example, the number of rough sleepers rose by 169% between 2010 and 2017.

So if the government is failing to act, then it’s left to the public to help. And there are numerous ways you can get involved.

Grassroots homelessness organisation Streets Kitchen operates across London. It works with Refugee Community Kitchen and StreetVetUK. Currently it has:

Outside of London, you can use the Homeless Link directory to search for organisations that need support near you. You can also do a search of Facebook or Twitter.

But Streets Kitchen thinks it’s often better for people to actually get out on the streets themselves and find out what support homeless people need.

It would take a couple of hours of your time. For example, if there’s not something in your area, get in touch with an existing organisation for advice about how to set one up in your area. Or go and actually speak to homeless people and rough sleepers and see if there’s anything specific you can support them with.

And if you really want to make your feelings known on the current homelessness crisis, join Streets Kitchen and others in a rally from 3pm to 6pm outside Downing Street on Saturday 3 March. It’s called “No more deaths on our streets”, and the organisers are asking people to bring essential items like clothes and sleeping bags, which Streets Kitchen will then distribute across London. Also bring your practical ideas on how we can stop people dying on the streets. Bring your voices, too – and let the government know how you feel.

One death on our streets is too many. But 2018 looks set to be a terrible year for homeless people and rough sleepers. They need your support. And they need it urgently.