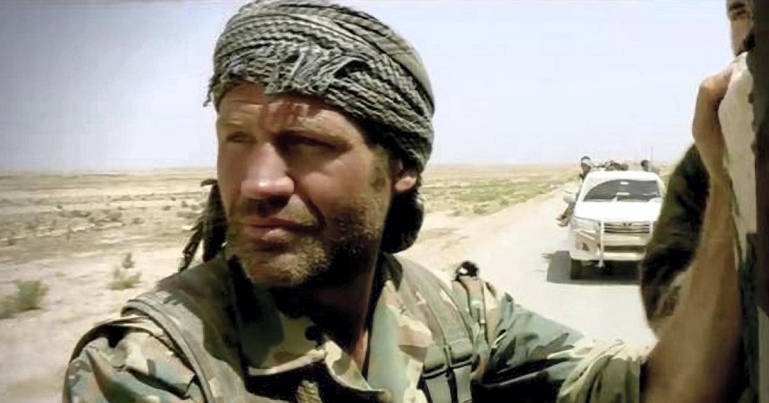 A man facing terrorism charges after having fought against Daesh (Isis/Isil) in Syria has given a clear message to those on the far right who are offering him support.

James (Jim) Matthews is the first person to be charged with a terrorism offence for fighting against Daesh with the Kurdish-led People’s Protection Units (YPG). He is charged with one count of allegedly attending a place used for terrorist training.

He pleaded not guilty at a hearing on 14 February. The next hearing is on 1 March at the Old Bailey.

Under the banner “We are all Jim Matthews”, the Kurdistan Solidarity Campaign is organising support outside the court. And a petition has been started to demand the charges against him are dropped.

But not all the support Matthews is receiving is welcome. He is also getting well wishes from far-right groups who have stated they want to turn up to demonstrate at court. Matthews took to Facebook to set the record straight: 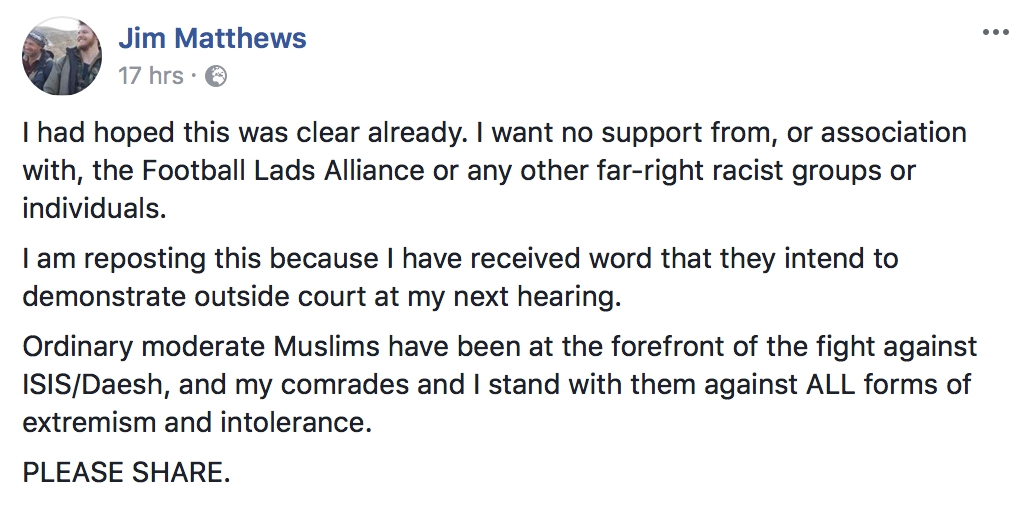 Matthews also emphasised why he was concerned:

Matthews, alongside other British anti-terror fighters, took a stand against far-right propaganda after the London terror attack on 22 March 2017. He was one of the “British fighters of the YPG” to sign an open letter that read:

We also wish to express sympathy and solidarity with the many ordinary Muslims going to work and school today feeling that they are under special scrutiny, and fearful of what this might mean for them.

The familiar sounds of hate and bigotry are sounding again – on social media, and in the more guarded mainstream press

And the letter contained this message for the far right:

For all the sound and fury, we don’t remember seeing anyone from Britain First, EDL, UKIP, or their like, by our side in battle. Which is a good thing, because we wouldn’t have tolerated them.

Matthews has sent a clear message to those on the far right who wish to support him. It can only be hoped that they respect his wishes and stay away.