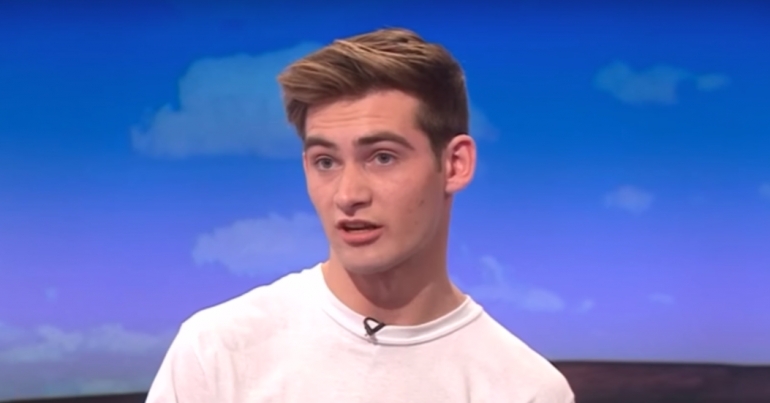 Tom Harwood is a Conservative commentator who became well known for his anti-NUS (National Union of Students) campaign. He’s now running a new satirical campaign called Votes At 12. Harwood’s stunt of fighting for the right of 12-year-olds to vote is his way of mocking the campaign for votes for 16-year-olds. But he doesn’t seem to be getting the response he wanted.

Harwood on votes for 16-year-olds

Now an NUS delegate, Harwood appeared on the BBC’s Daily Politics to make his case against votes for 16-year-olds. He said:

A lot of the arguments about votes at 16 – in fact, almost all of them – can actually be applied to 12-year-olds. You might say that 12-year-olds aren’t allowed to buy alcohol, buy cigarettes, drive, fight for their country, marry without permission – all of these things – but that’s true of 16-year-olds as well.

In his video launching the ‘campaign’, he jokingly remarks:

Did you know that at age 12 you can have your ears pierced? You’re legally allowed to buy a spoon, but you’re not allowed to vote for your future. We think that’s wrong. We think that that’s a societal injustice on the level of women’s suffrage and working class suffrage. We need to deliver children’s suffrage.

The debate on votes at 16

Previously, Labour accused the Tories of blocking legislation that would allow 16- and 17-year-olds to vote in general elections, local elections, and referendums. Tory MPs spoke for so long that there was no time to vote on the issue. Labour MP for Oldham West and Royton Jim McMahon said:

I think the Government benches ought to be very concerned. Because 16- and 17-year-olds today might be denied the right to vote but in two years’ time, they will remember who blocked them from having that democratic right only two years earlier.

The de facto deputy prime minister David Lidington argued that 16- and 17-year-olds don’t have “sufficient maturity and responsibility” to deserve the right to vote.

Harwood backs this line of argument.

But in response to the stunt, YMCA spokesperson Liam Preston said:

In the US, we see 16-year-olds becoming very politically active following the recent school shooting in Florida.

On Twitter at least, Harwood is not getting the positive response that he garnered for his anti-NUS campaign.

Good one Tom, I'm sure treating young people with contempt will get them to vote Tory

Patronising and belittling young people is probably not a great strategy. They'll get to vote eventually and they'll remember who did this.

The Conservative Party has a hard time attracting young voters. As these Twitter users point out, the stunt will only serve to further alienate young people from the party. It’s doubtful whether you can attract young voters by mocking them and the issues they care about.