Disabled people say they've had it with the 'violence' of Universal Credit. Here's why. - Canary 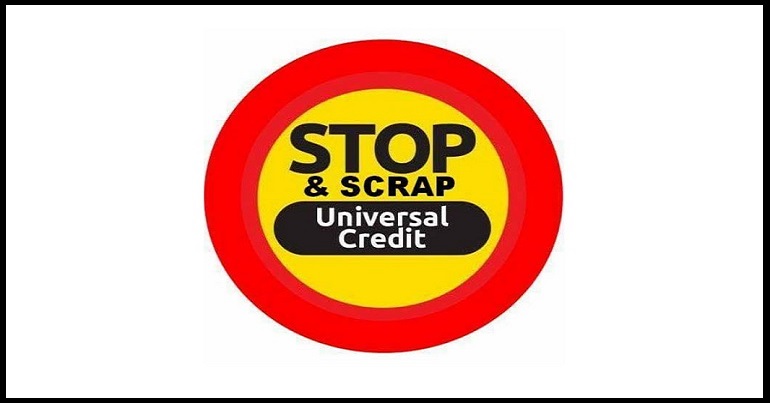 The rollout of the government’s controversial welfare reform, Universal Credit, continues to dominate the headlines. But for one campaign group, enough is now enough. And these disabled people are taking matters into their own hands.

Disabled People Against Cuts (DPAC) is at the forefront of the disability rights movement in the UK. As well as high-profile protests, legal actions and campaigns, the group was also instrumental in securing a report from the UN. The report accused successive Conservative-led governments of “grave” and “systematic” violations of disabled people’s human rights, creating a “human catastrophe”.

But now, the group has turned its attention to Universal Credit. It had organised a national day of action on Thursday 1 March against the reform, but due to the severe weather in the UK the planned protest at parliament had to be cancelled. More details here.

An essay by DPAC, published by Pluto Press, explains why it believes the welfare reform should be “stopped and scrapped”. And it also shows why disabled people putting themselves on the front line is the only option left.

The “tip of the iceberg” of attacks

DPAC says in the essay that:

So far, we have seen only the tip of the iceberg in terms of an ideological neo-liberal attack against us and the terrors of future reforms to the social security system are only just starting as the accelerated roll out of Iain Duncan Smith’s Universal Credit happens across the country…

Seven million households will be affected, including over one million low paid part-time workers. For the first time ever, people in work could be faced with having their benefits stopped if they don’t prove to the Jobcentre that they’re searching for better paid work or more hours. Pensioner couples will also be affected if one of them is under pension age.

The fact that the DWP will subject workers to the same regime that disabled people face is a huge cultural change. But as The Canary previously reported, experts predict that up to one million low paid workers could be subject to the sanctions regime under Universal Credit. This is because the Department for Work and Pensions (DWP) can impose penalties on claimants if it thinks they’re not working enough hours or not doing ‘gainful’ self-employment. But the government still claims that people will be “better off in work than on benefits”.

DPAC has also highlighted how Universal Credit will impact sick and disabled people. It says problems will arise because the benefit:

is claimed and managed entirely digitally which is difficult or impossible to manage for many disabled people. Any mistakes on the form will likely lead to loss of benefit or a claim being disallowed…

In the UK, around 2.9 million disabled people (22%) have never used the internet. But the government’s advice is to call its helpline if you “need help finding or using a computer”.

DPAC then noted that:

Under Universal Credit the GP’s fit note is completely ignored and no claimants are seen as unfit for work anymore. They must have a mandatory Health and Work Conversation during which medically untrained Work Coaches will decide what they must do to retain their social security payments.

But a Freedom of Information request (FOI) revealed [pdf, p8] that sick and disabled people who have a GP fit note but have not had a Work Capability Assessment (WCA) will be subject to “all work-related requirements”. As Disability News Service (DNS) reported in 2017:

There has been criticism of ‘Health and Work Conversations’, too. These are mandatory work-focused interviews to assess “what they [claimants] can do rather than what they cannot”. But Disability Rights UK said of them:

Why enforce it with sanctions when many people for whom work-related activity is not appropriate may be caught by them? Will work coaches have enough information so that those disabled people who are exempt from the [Health and Work Conversations] are not asked to attend [one]?

DPAC’s essay then dealt with the loss of money under Universal Credit for some claimants. It said:

Its figures are not strictly correct. Because as The Canary uncovered, the amount people could lose is actually more. The DWP claims it has safety nets in place to protect disabled people. But figures show that, with the scrapping of the Severe and Enhanced Disability Premiums:

DPAC then warned of the effect of Universal Credit on people living with mental health issues. It said:

Mental health claimants are particularly at risk of coercion under UC and as part of the Health and Work Programme we are seeing the use of the DWP nudge unit and psycho compulsion. This effectively means the introduction of forced treatment through the use of therapists based in Jobcentres. If claimants don’t take the treatment prescribed, they face being sanctioned.

The DWP admits this is happening. In its green paper Improving Lives, it says [pdf, p72] that:

So effectively, the DWP will put Jobcentre staff into NHS service centres where treatments like Cognitive Behavioural Therapy (CBT) happen. Regarding sanctions, as The Canary previously reported, an FOI revealed Health and Work Conversations (which access to therapy like CBT would fall under) are mandatory. So:

As the… Child Poverty Action Group… noted… claimants’ acceptance of Jobcentre support has now been redefined as a legal ‘commitment’; meaning any breach of this could be subject to DWP sanctions.

DPAC summed up the situation, saying:

We already live in a country where millions of people including nurses, police officers and others in work have been forced to use foodbanks…

Nearly 400 citizens died from malnutrition or hunger in 2015… Victorian diseases such as Ricketts and Scurvy that had been eradicated for years have returned. Teachers have to provide food in schools for starving children and a further one million children will lose entitlement to free school meals under Universal Credit.

DPAC says none of this is acceptable in one of the richest nations in the world, and we will keep fighting to change things. We are not going away and we will not be silenced. Join us on March 1st to add your voices to ours.

What the government is doing with Universal Credit is essentially redefining disability and employment. People whom the DWP previously considered impaired enough not to work will suddenly have to. People who are already struggling in low paid, precarious employment will be forced to take more low paid, precarious employment, or face sanctions. The government is creating a complete paradigm shift in how society treats sick and disabled people and those on its bottom rungs.

So, it shouldn’t just be disabled people out protesting Universal Credit. The millions of other people who will be hit by this welfare reform should get out and fight, too.

This article was updated at 10pm on Monday 26 February to reflect that DPAC planned protest at parliament of Thursday 1 March was cancelled due to the sever weather.

– Find out more about DPAC’s 1 March day of action.