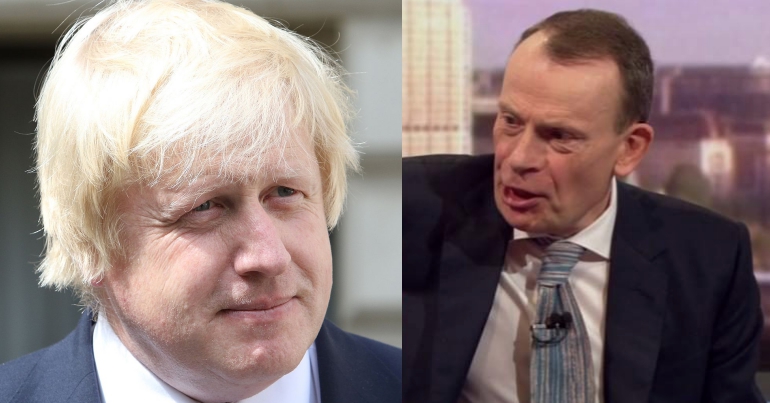 Boris Johnson has come under fire after attempting to deflect criticism of his handling of the Salisbury poisoning.

In his Sunday Times column, Johnson accused Jeremy Corbyn of being “the Kremlin’s useful idiot” and giving credit to Russian propaganda. But guests on The Andrew Marr Show criticised his response, calling him “sloppy” and “lazy”.

Johnson claimed that Corbyn’s refusal to “unequivocally” back the government’s position had aided Russian propaganda. But Labour was quick to hit back. A spokesperson said Johnson had “made a fool” out of himself and “seriously misrepresented” the words of officials at Porton Down.

He’s lazy.. sloppy… never reads his brief. You think what he has done to the Iranian captive…

And she went on to say:

The handling… of sensitive intelligence information is so important. You get it wrong you discredit everything.

“Corbyn is not the story here”

Toynbee then accused Johnson of trying to shift the blame. The columnist said:

Fellow guest, Julia Hartley-Brewer hastily agreed with Toynbee’s comments, accusing Johnson of “total incompetence”. But she did go on to claim that Corbyn has been “spouting Kremlin lies”.

Although the segment could not have been accused of letting Johnson off the hook. Marr said it wasn’t “absolutely categorical” that Johnson had said the source of the nerve agent was Russia.

But social media users were quick to pick up on the comments from the BBC host, with one accusing him of “misleading and lying”:

@MarrShow why are you misleading and lying to the British public
Jonhson was clear
"Absolutely categorical and no doubt the Novichok had come from Russia!

Andrew Marr on @MarrShow just said in the German TV interview it wasn’t clear that Boris Johnson was saying it was absolutely categorical the Novichok had come from Russia! Watch what Marr says and then watch the Johnson interview! You decide! pic.twitter.com/X1c9Zk3JXz

Johnson may regret using the phrase “playing Russia’s game”. Across social media, users were pointing out the hypocrisy his stance. Just last month, the foreign secretary admitted accepting £160,000 from a former Putin aide for a game of tennis:

Others simply pointed out the contradiction in Johnson complaining of “lies and disinformation”:

Funny to see Boris Johnson accuse the Kremlin of “a cynical attempt to bury awkward facts beneath an avalanche of lies and disinformation"…did you do them a seminar, Boris?

Boris Johnson complaining about ‘lies and disinformation’ is like Jack the Ripper having a problem with violent crime.

While the investigation into the poisonings goes on, it is heartening to see the Skripals appearing to make an unexpected recovery. The Conservatives are still determined to use the whole episode as a political football though. And the continued misguided interventions from Johnson will do nothing to help bring it to its conclusion.

Featured image via Wikimedia and screengrab