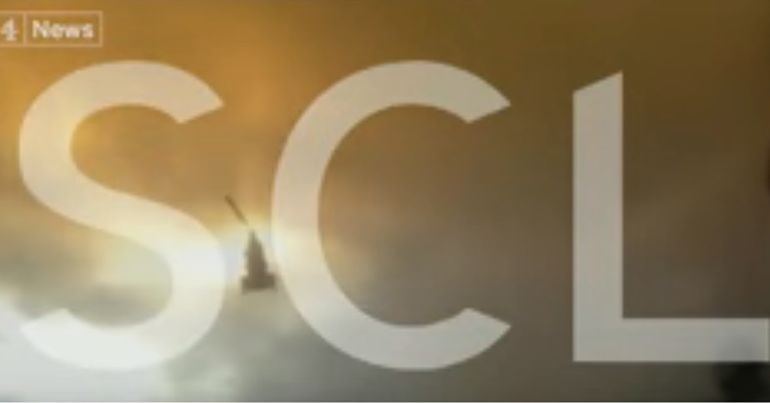 A senior insider of SCL Group (SCL), the parent company to data miners Cambridge Analytica (CA), has jumped ship in the wake of recent revelations.

And a whistleblower has revealed a wealth of documents that appear to provide evidence closely linking digital intelligence specialists AggregateIQ (AIQ) with CA and SCL.

Tatham, who has extensive links to academia and the wider defence community, specialises in strategic communications. Through his company Influence Options, Tatham has issued an updated statement on the activities of CA and SCL:

We are utterly appalled at the actions of senior Cambridge Analytica staff revealed by Channel 4 news and the subsequent evidence provided by Christopher Wylie to the Commons’ Select Committee. These are not our values and standards and we condemn them unreservedly. We have now withdrawn from all work with SCL.

A page (now removed) on the SCL website referred to four types of training offered: Strategic Campaign Planning, Target Audience Analysis (TAA), Campaign Intervention Strategy (based on TAA) and Audience Based Measures of Effectiveness. That training came within the ambit of SCL Defence.

From ‘psyops’ to social media

SCL Defence, guided by Tatham, engaged in major work for the Ministry of Defence (MoD) and NATO over many years.

In 2005, Strategic Communications Laboratories Ltd, as SCL was then known, launched a ‘psyops’, or psychological operations service. As former head of 15 psyops for British forces in Afghanistan, Tatham was the logical choice to promote this service.

the TAA programme will be delivered by the UK company SCL, who have spent over $40 million and 25 years, developing this group behaviour prediction tool.

But Tatham does not clarify where the $40m came from. However, on page 4 in the paper, he refers to a NATO training course. Indeed, later that year NATO launched a counter propaganda programme, run by SCL Defence. Two years later Tatham co-authored a study [pdf] for the US Army War College and other bodies on the use of social media.

More recently, SCL Defence worked on the highly secretive Operation Duco [pdf], which required oversight from the Defence Science and Technology Laboratory, otherwise known as Porton Down, where chemical weapons and nerve agents are tested. The operation concerned the analysis of “psychological and anthropological principles” in regard to how the public interacts with government messaging.

And this project involved Porton Down ‘students’: 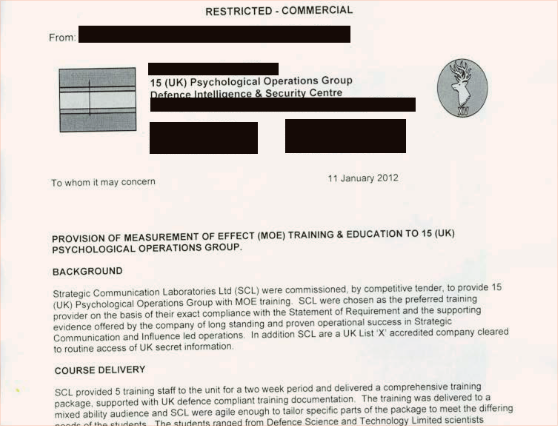 The recent announcement by Tatham will likely be a huge blow to SCL’s prestige and coffers. And it could affect its MoD-awarded ‘List X’ status [pdf].

Now documents [pdf] provided by Wylie to a Commons select committee appear to reveal the extent of the working relationship between SCL and CA and AIQ.

None of which is good news for Boris Johnson and Michael Gove, who fronted Vote Leave.

It would be wrong to see this scandal as merely about alleged overspends to help secure a pro-Brexit vote. Or about the use of millions of Facebook users [paywall] to win elections in the US. Or the management of elections and propaganda in scores of developing countries.

The bigger picture is about how voters are psychologically manipulated [pdf] for political gain. And it’s also about the application of a unique blend of psychological operations with behavioural manipulation and the exploitation of social media that Tatham helped to develop and SCL and its offshoot CA went on to perfect.

SCL has long-established connections with the defence community, as well as, historically, close links with the Tory elite. But with the recent revelations and the departure of stalwarts like Tatham, questions must surely arise about SCL’s future prospects.