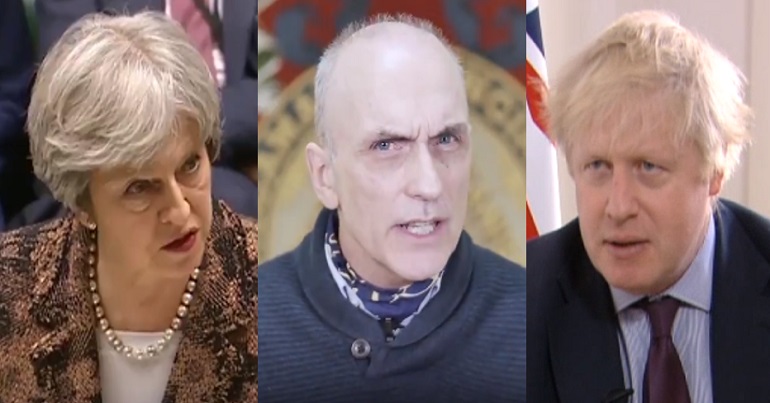 A Labour MP has released a video summing up the past week in the ongoing Sergei Skripal poisoning case. It’s blistering.

MP for Derby North Chris Williamson is known for regularly releasing vlogs on all things political. On Monday 9 April he released his latest piece, in relation to the poisoning of former spy Skripal and his daughter Yulia in Salisbury on 4 March. The video gives Williamson’s thoughts on the political aftermath of the incident, and the responses of the government and Jeremy Corbyn. It also issues a stark reminder from history.

Williamson begins by accusing the government of running “ahead of the evidence”. He notes the controversy surrounding Foreign Secretary Boris Johnson. Johnson claimed in an interview with German media outlet Deutsche Welle on 20 March that a “guy” at the government’s Porton Down scientific laboratory was “absolutely categorical” that the source of the suspected Novichok nerve agent in the Skripal’s poisoning was Russia.

But Porton Down has since claimed it cannot verify the source of the nerve agent. This left Johnson and the government’s official story in tatters.

Quite frankly, he misled the public.

Daring to question the integrity of government intelligence marks you as a "traitor". Yet with the Iraq War in recent memory – and new information on the Skripal case – it's clear Britain needs a leader with a cool head. ↓ pic.twitter.com/I8YmWiAvOq

Williamson also notes the similarities between the Skripal case and the run-up to the 2003 invasion of Iraq. He says that, like Tony Blair’s ill-fated war, the Skripal case is based on a government happy to “stretch the truth to shut down any critical questioning”.

There’s also a pointed nod to the “uncritical media” in Williamson’s video. He briefly uses a clip of BBC journalist Andrew Marr from 2003, who heaped praise upon Blair at the time of the war:

The similarities now are striking. The BBC has come under fire for its coverage of the Skripal case, with Marr under the spotlight again. As The Canary previously reported, the host of The Andrew Marr Show said on Sunday 8 April that it wasn’t “absolutely categorical” that Johnson had said the source of the nerve agent was Russia. Judge for yourself:

Overall, Williamson says that the government’s overreach in the Skripal case shows we need “calm heads, not hot heads” making decisions in parliament. He sums up by saying the chaos surrounding the Salisbury attack shows that:

Jeremy Corbyn’s call for an evidence-based approach to foreign policy is the best way to serve the national interest.

When we have ‘misleaders’ and ‘hot heads’ making geopolitical decisions, the stakes couldn’t be higher. As Williamson says, the consequences of Theresa May’s and Johnson’s decisions “could be catastrophic”. So far, we have avoided catastrophe. But the Skripal case has a long way to go yet.