We've put so much plastic in the oceans, it's even turning up in our salt now - Canary Workers’ Co-op 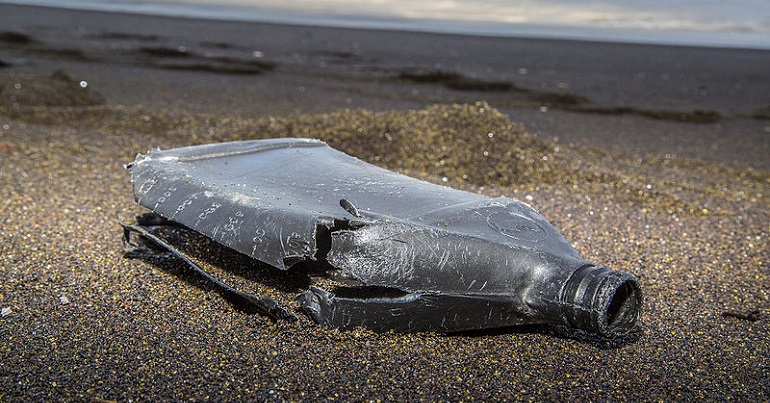 Plastic pollution is a global crisis. It is contaminating oceans and rivers all over the world. Wildlife, including fish and whales, birds and turtles, and all kinds of living organisms are suffering from plastic pollution. Plastic has entered the human food chain. It has been found in tap water. Ironically, plastic particles even contaminate bottled water. Scientists have also discovered that plastic waste is poisoning the oceans with toxic heavy metals.

And it even contaminates sea salt. Watch this video by Hashem Al-Ghaili on the global contamination of sea salt.

Have we had our chips?

In an interview with The Guardian, Hugo Tagholm, of the marine conservation and campaigning group Surfers Against Sewage, said:

The plastic pollution crisis rivals the threat of climate change as it pollutes every natural system and an increasing number of organisms on planet Earth.

Current science shows that plastics cannot be usefully assimilated into the food chain. Where they are ingested they carry toxins that work their way on to our dinner plates.

Whilst the production of throwaway plastics has grown dramatically over the last 20 years, the systems to contain, control, reuse and recycle them just haven’t kept pace.

The United Nations recognises that plastic pollution is a global crisis. In this adaptation from the original documentary “A Plastic Ocean” by the Plastic Oceans Foundation, we can see the scale of the problem.

Finding the solution to this global problem will require international efforts. Changes in legislation, bans of single use plastic, penalties for dumping, cleaning up the rivers and oceans, and improved cooperation between countries, will all help deal with this problem.

But we should not leave it entirely to governments. We can also take action as individuals.

There are a number of things we can do. One of them is to recycle plastics. Increasingly, we are recycling more and more plastic, as this video shows:

Consumers in England face paying a deposit for drinks cans and bottles. Here is what happens to plastic items thrown in the recycling bin. pic.twitter.com/8l1VteDi2h

Yet recycling alone will not solve this.

As we can see in social media and the news, there is a growing movement away from using plastic, especially single-use plastic like packaging and plastic bags. Plastic-free consumers’ campaigns in the UK have resulted in a number of supermarkets changing their packaging and practices.

Picking up our rubbish

There are technological solutions to cleaning up the 5 trillion plastic particles estimated to pollute the oceans. As this video shows, the Ocean Clean Up project in 2018 uses innovative technology.

These technological solutions are fantastic and promising. Yet picking up plastic rubbish from beaches and the environment is something we can all do. All over the world, local communities are organising efforts to clean up their local environment. The Mariposa Foundation in the Dominican Republic is just one example:

Thank you @changingtidesfoundation for bringing the Women’s Outreach Mentorship Program to the Dominican Republic!
Yesterday our Mariposa girls, along with @plastictides, SUPed up the estuaries behind their homes picking up plastics & other trash. pic.twitter.com/UsfE1QbFYQ

There are many national and local community clean up projects in the UK. The Marine Conservation Society organises a national beach clean-up every year, as does Surfers Against Sewage. The National Trust also organises beach clean-ups.

There is a lot we can all do. This is our mess. It is time we cleaned it up.

– Help out the Great British Beach Clean Up Campaign.