Momentum's latest 'thank you' message has got people in stitches - Canary 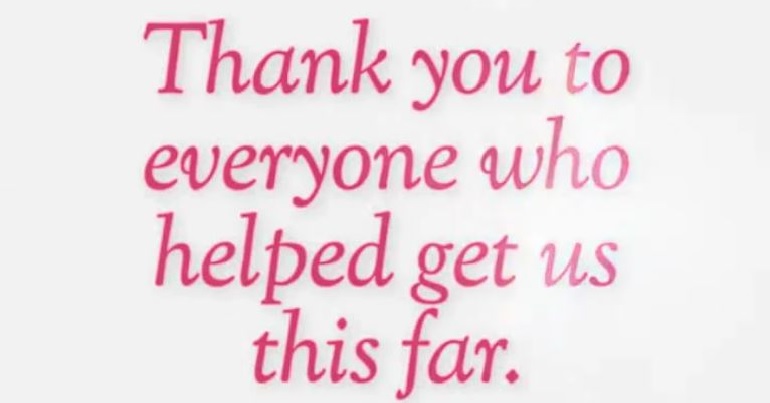 The campaigning network Momentum has released a heartfelt ‘thank you’ message. And the timely video, celebrating the group attracting over 40,000 members, has got people in stitches.

Momentum has had a good start to 2018. It recently revealed that membership has grown 15% since the year began.

But the group chose to celebrate gaining more than 40,000 members in quite a unique way. Because it sent out a message to all its critics, rather than supporters, thanking them for their role in its success:

We couldn't have done it without you guys 💗

The ‘tribute’ features criticism from right-wing media figures and the Conservative Party. It also includes rebukes from politicians and commentators to the right of the Labour Party.

These people variously refer to Momentum as “shady”, “suicidally inclined” and “neo-fascist”. Some say the group has “infiltrated and taken over the Labour Party” and call for its demise.

But Momentum obviously doesn’t see this criticism as damaging. In fact, it appears to believe the condemnation has helped. As it wrote on Twitter when posting the video:

We couldn’t have done it without you guys

Momentum’s increase in membership comes as similar figures to those featured in its video sling mud at Jeremy Corbyn. The foreign secretary Boris Johnson recently called the Momentum-backed Labour leader “the Kremlin’s useful idiot”. And some are putting a lot of effort into trying to convince people that he’s also a rampant anti-semite. One who was previously a Czech spy to boot.

But this mud generally isn’t sticking to Corbyn or his party. Perhaps because Corbyn clearly isn’t any of those things. In fact, his record suggests he’s a fervent anti-racist who doesn’t appear beholden to much other than his constituents, human decency and ‘the people’.

And as for Momentum, here are the “neo-fascists” in action:

Fair to say it has been an incredible @PeoplesMomentum #Unseat day of campaigning in Barnet. The Tories have the billionaires and the hedge funds. We have a grassroots movement ✊️ pic.twitter.com/091yiAmT6r

No wonder Momentum is thanking its lucky stars for its critics. Because they are all wielding mud that won’t stick, as its so far removed from reality. The same is true for Corbyn. So those caught throwing it just look like proper eejits.

That’s why Momentum is celebrating. Well, that and its 40,000+ members.