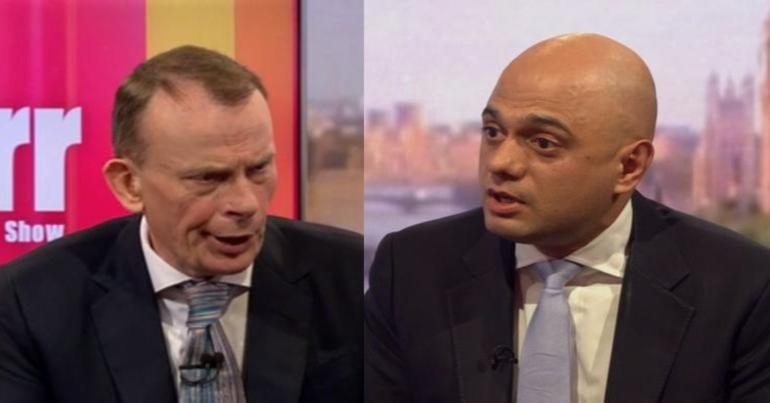 With the rising rates of crime in the headlines, Sajid Javid appeared on The Andrew Marr Show to share the government’s latest ideas.

But his platitude-heavy pledge to focus on “root causes and early intervention,” got him a Twitter response similar to the one that greeted Amber Rudd’s theory that social media is to blame for rising numbers of London murders:

I, for one, am shocked that cuts to the police, youth services and education will result in an increase in crime

There’s more to it than police numbers

Comic David Schneider was more than happy to list a few other possible reasons for the spike in violent crime:

Sorry. I was wrong to blame the increase in violent crime on cutting police numbers by 20000 or cutting youth workers or children's services or austerity. It's actually due to social media. Thanks to Amber Rudd for putting me right on that. #marr

It's down to social media apparently. I've heard Jeremy Corbyn is on socia media, therefore ultimately it's his fault.

Sajid Javid’s exchange with Marr highlights the Conservatives’ somewhat laissez-faire analysis of the effects austerity has had on public safety.

While he may want to focus on “root causes and intervention”, he seems to forget how this government has been systematically dismantling programmes that address this very issue.

In November 2017 The Financial Times reported that [paywall]:

The wider effects of austerity on… social care and mental health provision have left police as the service of last resort, adding to workloads. The number of calls to Scotland Yard by Londoners concerned about another person’s mental health has increased by a third since the cuts began.

On 5 April, The Guardian reported:

It’s clear that changing life trajectories for people who are the most disadvantaged requires intervention at a young age. By agreeing now that this is vital, Sajid Javid has given a tacit admission that this government has failed our young.

– Read more articles from The Canary on crime.