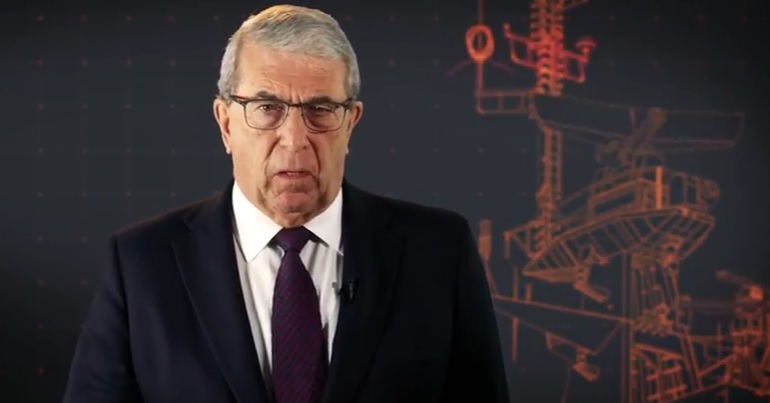 Activists from Campaign Against Arms Trade (CAAT) humiliated the boss of Britain’s biggest arms company at his own AGM. They posed a series of excruciating questions to chair Roger Carr about BAE Systems’ bloody relationship with Saudi Arabia.

And according to CAAT, Carr finished the meeting imploring people to remember what a “fine company” BAE is, despite what they had heard. Fat chance.

BAE Systems is the world’s fourth largest arms dealer. And Saudi Arabia is one of its important customers. The company supplies Eurofighter Typhoons to the regime, among other things. And it’s in the process of making a further deal.

Since 2015, however, Saudi Arabia has been carrying out a brutal military campaign in Yemen. In December 2017, UNICEF reported that more than 5,000 children had died in the conflict. Cholera and acute diarrhoea has affected over a million people. And more than eight million Yemenis, including children, were also on the brink of famine by the end of 2017.

So naturally, once activists raised Yemen at BAE Systems’ AGM, things didn’t pan out quite as Carr had hoped.

Chair apologises to those "who came to learn about the company, I am sorry that so much of the meeting has been taken up with other issues". It's awkward talking about #Yemen apparently #StopArmingSaudi

CAAT posed one question to Carr on behalf of Ahmad Algohbary, a Yemeni who lives in Sanaa. They asked how BAE ‘feels’ when its lucrative supplies kills Yemen’s children:

Question asked on behalf of Ahmad Algohbary, a Yemeni in Sanaa who sees BAE's warplanes bombing his country, which ends "how do they feel when their warplanes and bombs kill children in my home #Yemen" #StopArmingSaudi

In response, Carr effectively absolved his company of any guilt in the carnage its weapons create:

BAE Chair argues it is not involved "in the prosecution of war". Its "work is in the maintenance and support, and the supply of equipment" but "the use of that equipment is for others". #StopArmingSaudi #Yemen

Carr, however, contradicted himself at another point in the discussion, saying what BAE does with its produce is important:

And BAE Systems didn’t appear so confident of its innocence when confronted more directly about its responsibility. Because it ejected one campaigner who said it was “complicit in war crimes”:

Here's a picture of me being carried out of the AGM of @BAESystemsInc.

I told them that people in #Yemen see them as war-criminals.

The chair of BAE asked me if I wanted to be thrown out.

I said it would be an honour to be ejected from a room of people complicit in war crimes. pic.twitter.com/q1wKiQDyEq

A shareholding vicar also reportedly addressed Carr in the session. And although Carr began the exchange with the vicar by extolling the virtues of his company, he ended it by effectively pardoning BAE because it’s not a company of the ‘cloth’:

BAE Chair claims its "partnership in Saudi Arabia ends up helping positive change". The vicar asks "what about #Yemen"? Asks about a recent bombing of a wedding, where the bride and at least 20 others were killed. #StopArmingSaudi

Chair acknowledges "the spirit and depth of your belief" but adds, we might never agree as "I'm a leader of a Defence Company and you're a member of the church" #StopArmingSaudi #Yemen

Carr appeared to want the AGM to be full of chatter about BAE Systems’ “good prospects” and “strategic priorities”, like the statement the company put out on the same day.

BAE Chair is very sad that the company's complicity in the destruction of #Yemen has dominated the questions "about a company that is a very fine company". He is making a sad face.

But instead he got a meeting where people challenged the weapons manufacturer for prioritising profit over people. And one where people put the prospects of Yemeni people ahead of BAE Systems’ bottom line.

So the weapons giant didn’t get to ‘celebrate’ its thriving business this time round. And it rightly shouldn’t be able to, as long as it continues to recklessly arm depraved regimes.