Our NHS needs you this Saturday. Here's how to get involved. - Canary 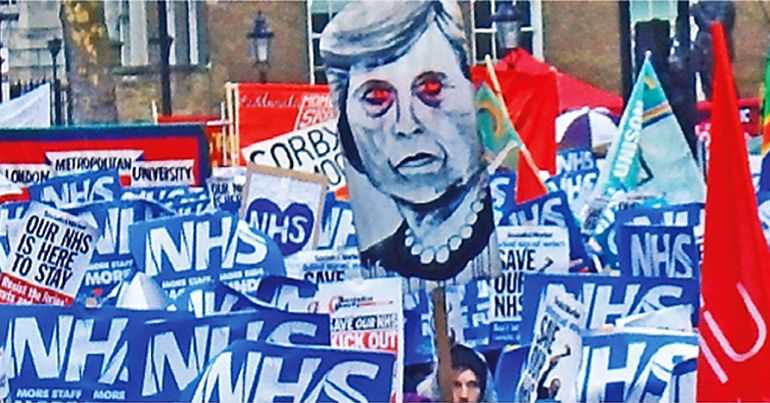 It’s time to wish our NHS a very happy 70th birthday. But it’s under threat from a government hell-bent on underfunding and privatising it. So what better way to show your support for our health service than by joining in a massive demo?

Our NHS needs YOU

London will see a huge protest on Saturday 30 June. It’s been organised by the People’s Assembly, campaign groups Health Campaigns Together and Keep Our NHS Public, the Trades Union Congress (TUC) and 11 other health trade unions. Organisers said in a press release it’s expected to be the largest NHS demo this year, and the “only national public event organised to mark the anniversary of our health service”.

The march will start outside the BBC (will it report on it?) in Portland Place, W1A at 12pm and end up around Downing Street and Whitehall. The route is as follows, with the accessible march starting at Waterloo Place: 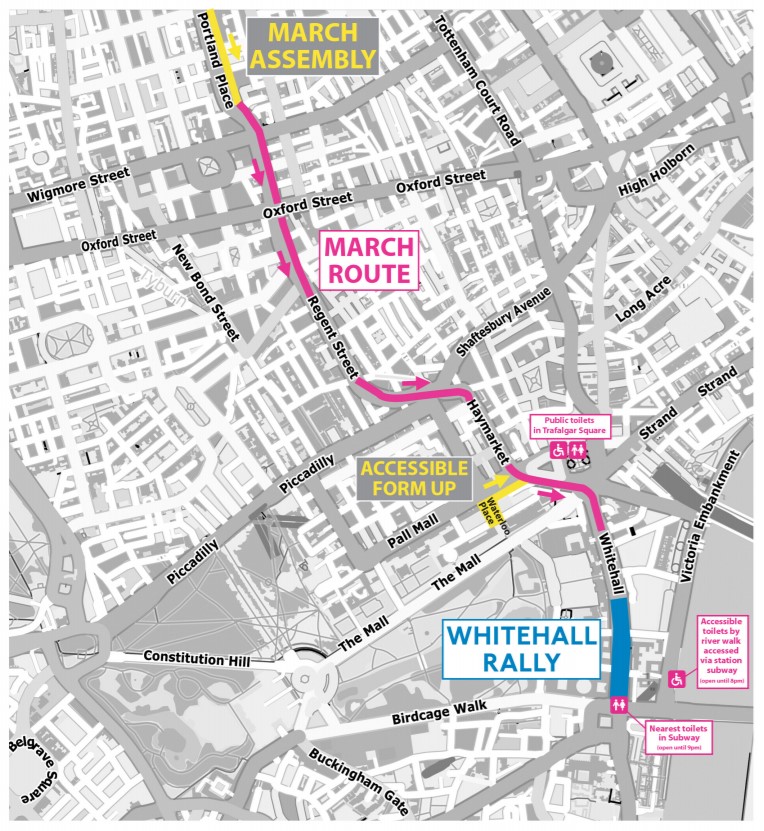 Participants are invited to bring colourful placards or banners and to dress in bright colours or costumes associated with any of the decades the NHS has been in operation. Sound systems will play music from each decade since the NHS was founded throughout the march route.

A whole host of politicians, celebrities, campaigners and health professionals are supporting the march. Confirmed speakers include:

Compering the end rally at Downing Street/Whitehall is actor Julie Hesmonghlagh. Labour leader Jeremy Corbyn will be speaking on stage just after 3:15pm.

I shall be supporting Saturday’s NHS demonstration for the sake of my children and my children’s children and for every man, woman and child in this country. The NHS is one of our proudest achievements, it represents all that is noble and good in us and it belongs to all of us, the people, you and me, we must all join the fight to keep it that way!

Coaches are running from around the country – details here. But if you can’t make it to London, there are other events going on around the UK on Saturday and in July. And if you can’t march, then you can join in on social media using the hashtags #OurNHS70 and #Free4AllForever.

Here’s why some people think the Our NHS demo is important (including this journalist):

"Let's make a clear message to this Tory Government that we're not going to have them take our NHS away from us" – Len McCluskey, @unitetheunion General Secretary
Details here: https://t.co/0qqkZ8xPXq#Free4AllForever#OurNHS70 @unisonhealth @theRCN @The_TUC @ournhs70 pic.twitter.com/jAoKunBj1d

Here's why the fab @juliehes will be marching for #OurNHS on 30th of June. Make sure you join her!
See details here: https://t.co/CPgR60aNlv#Free4AllForever#OurNHS70 pic.twitter.com/QrudzviI7d

"In the US the average family pays per month over 650 quid in health insurance premiums. In the UK that's more than 3 times what we're paying in NI premiums. If the Tories had their way they would shift us to a US style system. @MrTopple @TheCanaryUK #Free4AllForever#OurNHS70 pic.twitter.com/YX122I72uF

While the NHS isn’t perfect, it’s a system based on health care regardless of wealth, and this principle needs to be protected. In the words of Joni Mitchell’s Big Yellow Taxi, “you don’t know what you’ve got ’til it’s gone”…

– Find out everything you need to know about the march.