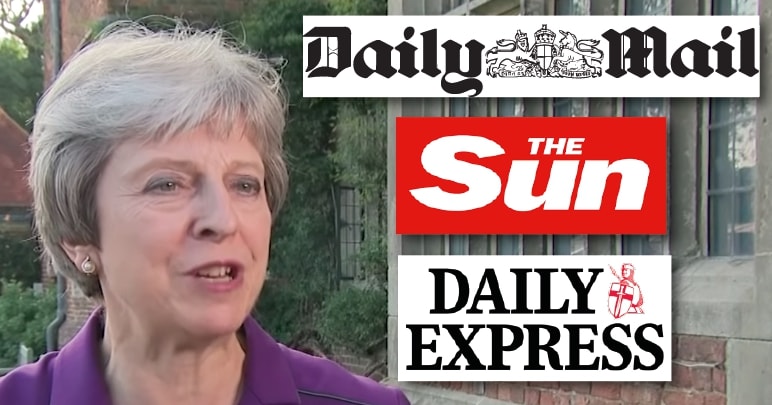 On 6 July, Theresa May and her cabinet met at Chequers to agree on a Brexit plan. In the end, May got what she reportedly wanted – a move towards a softer Brexit. It was anticipated this would rile the Brexit hardliners, and yet the tabloids didn’t seem all that fussed on 7 July.

One journalist had a theory as to why this was:

Notice something? No outrage from ERG, Mail, Sun over May's soft Brexit plan. They know Corbyn is inches from power. Labour would sweep away the entire corrupt gravytrain constructed in freemarket era.

Before the meeting, several Brexiteers talked tough about getting their own way. These included cabinet members like Michael Gove and Boris Johnson [paywall], who were at the meeting. It also included backbenchers – like Jacob Rees-Mogg – who were not.

In the end, May convinced her cabinet to support a softer Brexit than hardliners wanted. There’s now talk of the Brexiteers at Chequers ‘buckling’:

Paul Mason’s theory that the right is trying to avoid a Labour government doesn’t come from nowhere. As recently as 1 July, the chairman of the Conservative’s influential 1922 Committee said:

Electorates these days are volatile, but one thing is certain: they do not vote for divided parties.

They rejected decisively the divided Tory party in 1997. If we were to let Labour in again, it would be a disaster for this country.

On 10 June, when reporting on a crucial Brexit vote, the Express said Conservatives were using Jeremy Corbyn as a rallying cry for unity:

Tory rebels planning to defy the whip by backing a series of key Brexit amendments this week risk handing Labour’s Jeremy Corbyn the keys to number 10, two backbenchers from opposite wings of the Conservative Party have warned.

The tabloids have often pushed for a hard Brexit. Now that May has seemingly united her cabinet towards a softer Brexit, they seem to have mysteriously lost their full-throated desire for a ‘clean break‘.

The Daily Mail has reached epic lows of gutter journalism in reporting on Brexit. This has included naming and shaming anyone that disagreed with its glorious vision: 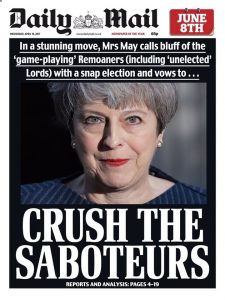 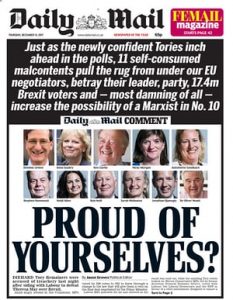 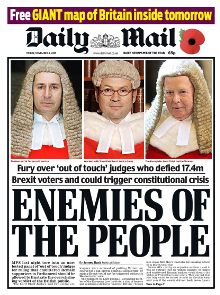 What’s striking about its cover on 7 July is the Mail foregoes its usual attempt at triggering people’s knee-jerk emotions. It doesn’t favour a soft Brexit, but there’s no talk of ‘betrayal’ either. There’s just reference to a poll which suggests the deal might not be popular with voters if it goes too far: 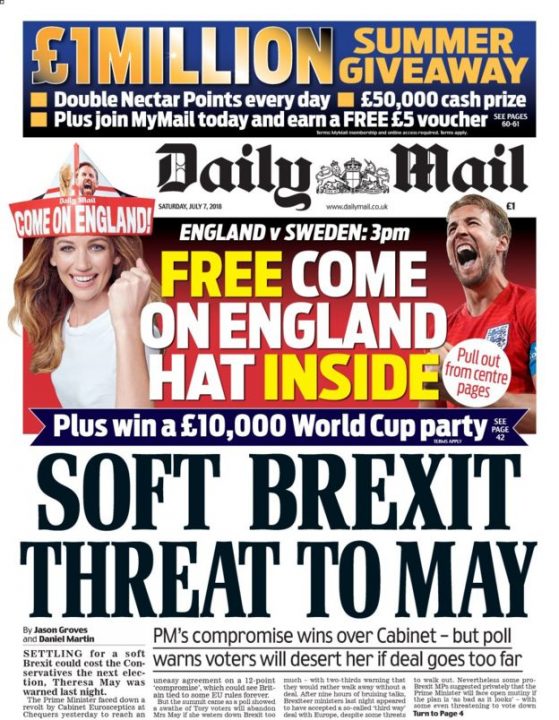 Meanwhile, the Express has frequently preferred no deal over a Brexit arrangement that sees us maintaining close ties with the EU: 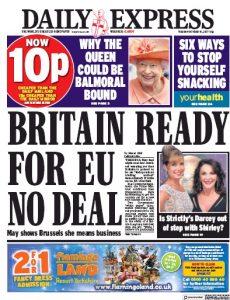 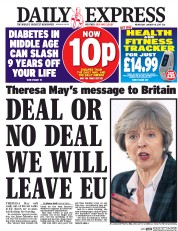 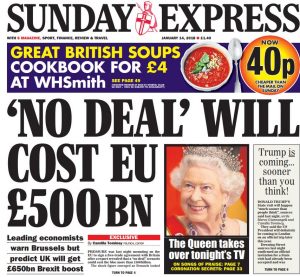 Its front page on 7 July names a ’12-point Brexit plan’. What it doesn’t do is clarify the plan will see us maintaining closer links with the EU than hardliners would like. Instead, it plays up a potential trade deal from the notoriously erratic President Trump: 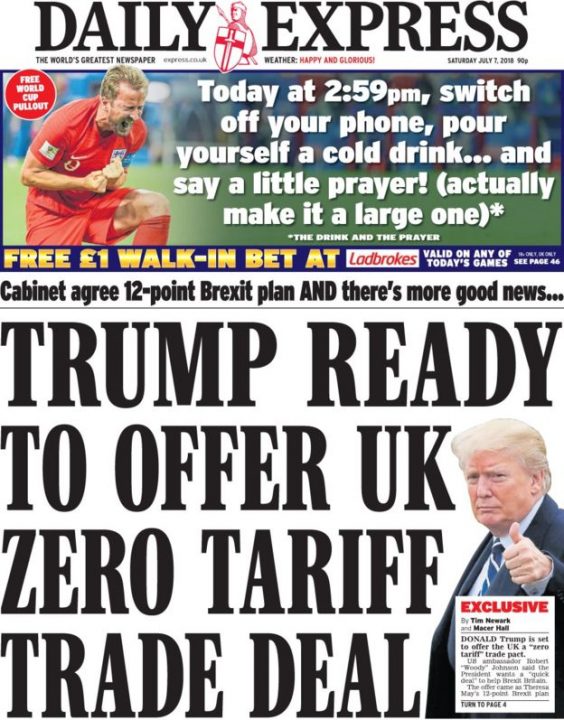 The Sun has previously stated:

But its front page on 7 July barely mentions this neglect of “sound sense” – instead it references a “PM win on soft Brexit”: 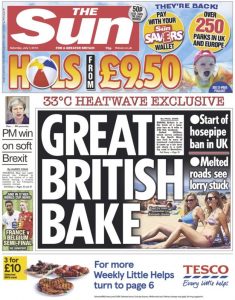 Even the Telegraph has previously used its platform to call out the Conservative “mutineers” opposing hard Brexit: 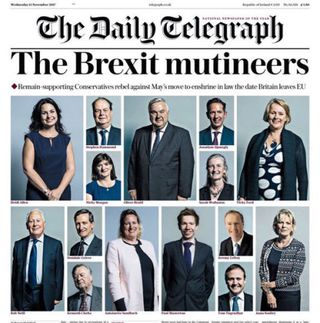 There seems to be less concern now the ‘mutineers’ have won, and the Brexiteers have been beaten: 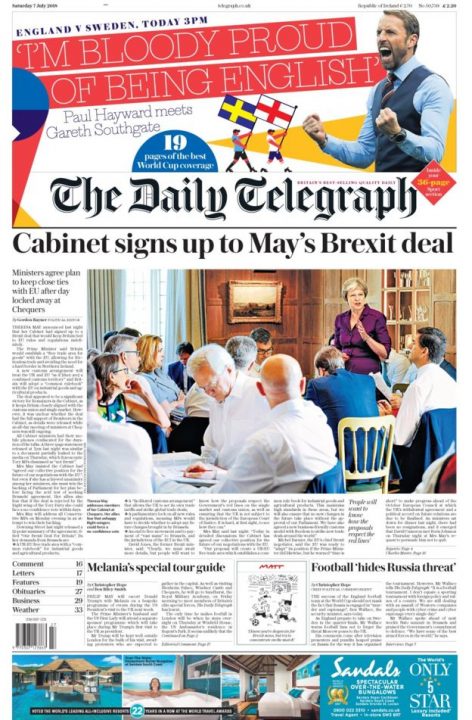 While the tabloids and Conservative Brexiteers seem to be accepting May’s softer Brexit so far, the same cannot be said of others. Nigel Farage was particularly upset: 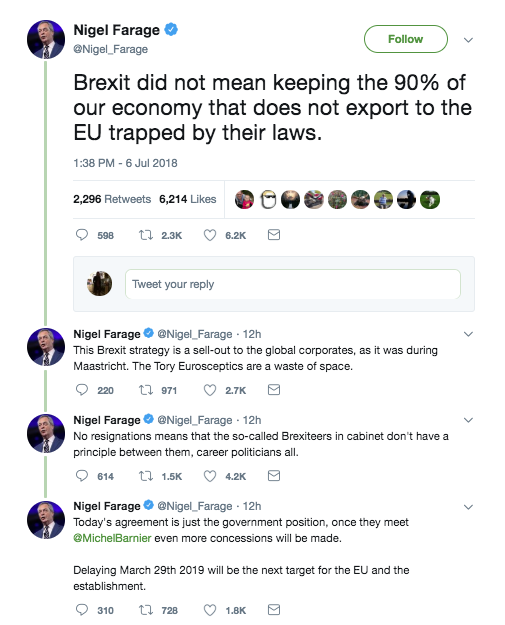 Farage recently said, “I’ll have no choice but to return to frontline politics if Brexit is delayed beyond March 2019”.

Several other hardline Brexiteers are also not happy:

This is not “soft Brexit”. This is NOT BREXIT AT ALL.

Brexiteer @GiselaStuart blasts May's Brexit betrayal: "If reports are right…the people who voted Leave will have been badly let down by their political class."

The cabinet’s agreement on #Brexit is a betrayal of the referendum result and shows the Conservative government puts itself before the country. Shame!

May has been walking a Brexit tightrope for some time. She seems to have brought the cabinet and tabloids on board, but the voters could be another matter.

By uniting around a softer Brexit, the Conservatives can likely avoid facing Labour at the polls any time soon. Mason’s theory that the elites in this country fear Corbyn more than anything is obvious – he’s literally the only thing that brings them all together. They aren’t the only ones worried though. It appears that the tabloids are terrified too, if their abandonment of hard Brexit is anything to go by.