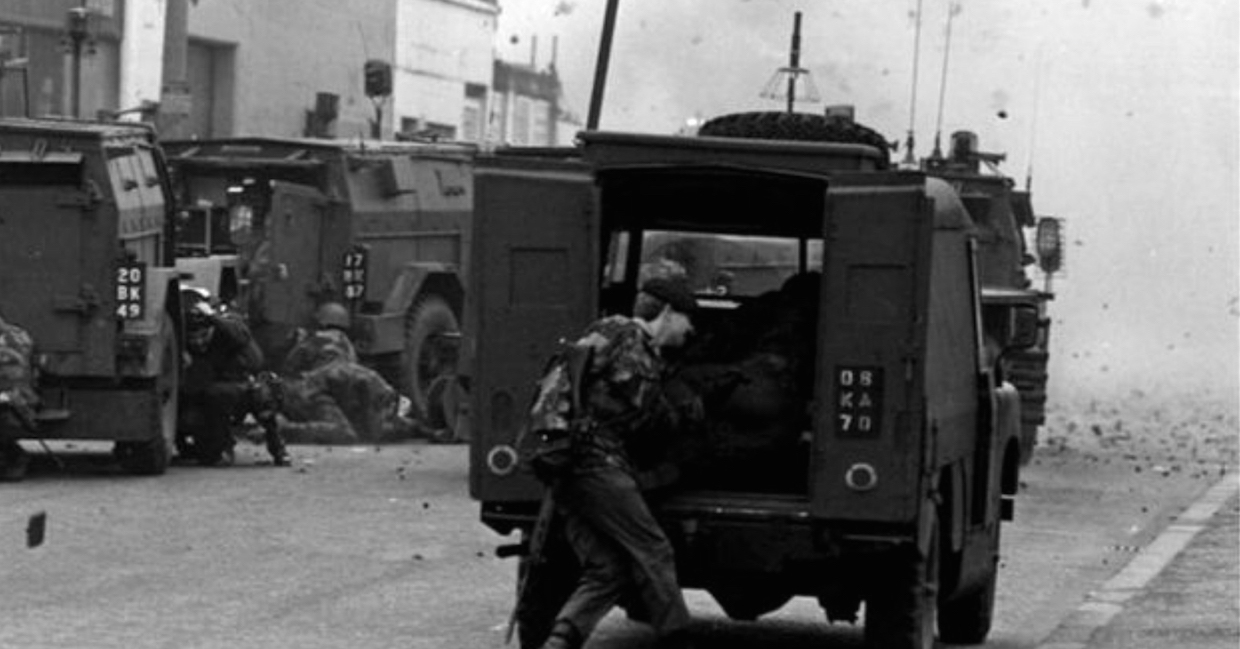 Northern Ireland human rights group the Pat Finucane Centre (PFC) has hit out at the BBC. The controversy surrounds comments made by documentary filmmaker Peter Taylor during an interview on 6 July.

The PFC is demanding an apology because Taylor questioned whether the victim of a British army killing in 1974, 27 year old John Pat Cunningham, actually had learning difficulties.

The interview was about defence secretary Gavin Williamson’s proposal for an amnesty for all Troubles related offences. Taylor mentioned the prosecution of former British soldier Dennis Hutchings for shooting Cunningham, as previously reported by The Canary.

The interviewer put it to Taylor:

He shot a man with learning difficulties.

whether he had learning difficulties or not is again a matter of contention.

He was not, however, challenged on this statement.

The PFC were furious with Taylor’s comments and tweeted:

had a learning disability and also had a fear of men in uniforms.

Furthermore, Cunningham’s learning disability is reported widely in the media. This includes articles on the BBC website. The PFC told The Canary that anyone questioning Cunningham’s mental condition has not look at it in any detail.

The Canary contacted the BBC about the PFC’s demands. A spokesperson said:

We will give careful consideration to the concerns of the Pat Finucane Centre and will respond in due course.

Dealing with the past

There’s not a simple solution to dealing with past offences in Northern Ireland. But comments like this from an experienced documentary filmmaker can only serve to bring further hurt to victims’ families.

– Contact Justice for the forgotten, PFC, and Relatives for Justice.