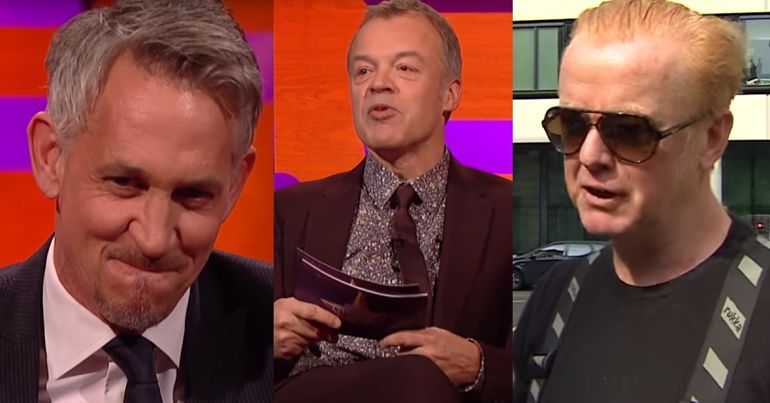 On 11 July, as the nation prepared for England’s biggest football match in 28 years, the BBC released its top earners list for 2017-18.

Depressingly, they all have one thing in common. They are all men.

The top 12 earners are as follows: 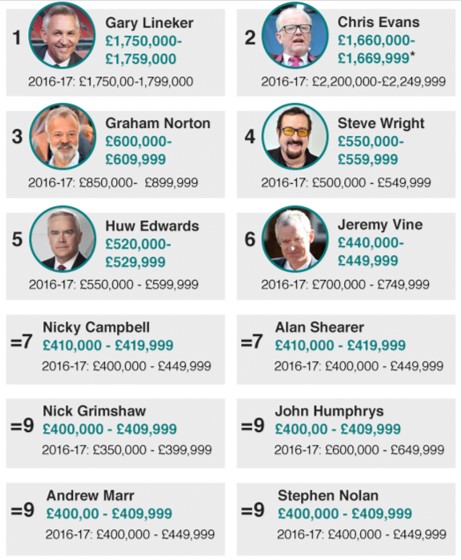 Last year, the BBC’s top 7 earners were ALL men. This year, it’s the top 12. Disgraceful that we seem to be going backwards in the drive for pay equality. BBC need to do much more to make sure women are paid fairly. https://t.co/czub37YCZO

More to do, but good progress on BBC gender pay gap. It's been reduced by nearly a fifth over the past year: https://t.co/lUMXKu8QHc pic.twitter.com/MU7QFWqX2m

And the Guardian seems to agree:

I’ve made it absolutely clear that’s not good enough and I want to get to 50/50, and that will mean changes in the range of what people are paid right across [the organisation].

We are making progress and you must understand that. We’re trying to get a balanced range of men and women and their pay right across the organisation.

But BBC news presenter Martine Croxall tweeted a statement of behalf of female employees at the corporation. It’s fair to say they don’t agree with Hall’s analysis:

Meanwhile, Times tennis correspondent Stuart Fraser found examples of the value of being a man:

Barker's commitments include Wimbledon, Queen's, the ATP Finals and the Australian Open.

McEnroe's only commitment is Wimbledon.

The BBC pays Claudia Winkleman, its highest earning woman, between £370,000 and £379,999 per year. It pays Gary Lineker, its top earning man, £1.75m. That’s a difference of roughly £1.4m. Winkleman would have to work for more than four and a half years to make Lineker’s annual salary.

People were also exasperated that the BBC‘s biggest earners are all white:

BBC top earners are all men!! lol you mean "White Men". it's sad how race inequality continues to take the back seat to gender inequality in today's britain #bbcpay

The BBC is pointing to the fact that gender and ethnic pay inequalities have reduced overall since it first published its top earners salaries a year ago.

But it’s the star earners that are getting the headlines, and for good reason. In a capitalist economy, top earners represent what the country most values, what it’s most desirable to be. And from the government to board rooms, white men dominate.

The BBC has the power to influence this, to demonstrate the ability and worth of people who don’t fit the frankly overrated white male identity.

But the fact that its 12 top earners are all white men shows it’s failing miserably.