Two years after becoming prime minister, Theresa May has received some very bad news - The Canary 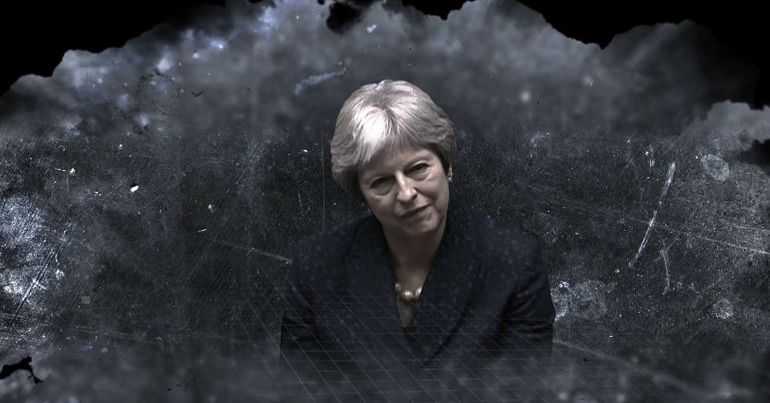 Just two years after becoming prime minister, Theresa May has had – to put it mildly – a difficult week. With a string of resignations and Brexit ‘negotiations’ in chaos, she probably needed a break. But the bad news hasn’t stopped.

In fact, it’s got worse as the week has gone on. The latest poll shows that her position is getting weaker by the day, as the fallout from her Chequers summit continues.

On 11 July 2016, Theresa May became leader of the Conservative Party. By 13 July, it was formally announced she was the UK prime minister. Two years on, the polls show she has nothing to celebrate.

According to a YouGov poll from the 10-11 July, the Conservatives are now two points behind Labour:

Awaiting figures for UKIP and Greens…

But the bad news doesn’t stop there.

As May published the long-awaited Brexit white paper, 42% of the country thought that her so-called [paywall] “Chequers compromise” was bad for the country.

The Brexit deal agreed at Chequers is…

The combination of these two results is a pretty damning way to ‘celebrate’ her two-year anniversary:

And the carnage didn’t end there, because delivery of the white paper caused chaos in parliament. The sitting had to be suspended to give MPs a chance to read it:

Chaos. The sitting of the @HouseofCommons is suspended whilst MPs are distributed copies of the @DExEUgov white paper. @theresa_may promised a strong and stable government. They can’t even publish a white paper and get it to MPs on time pic.twitter.com/ZdBwE47EmC

On July 12, Jacob Rees-Mogg was the latest cabinet minister to announce he wouldn’t support May’s Brexit plans. According to Bloomberg, Rees-Mogg said:

It is not… something I would vote for, nor is it what the British people voted for.

Jacob Rees-Mogg says he won't vote for Theresa May's Brexit plans because they don't respect the wishes of the British people https://t.co/hmTR5xALYO pic.twitter.com/C9KKL1BFuZ

Rees Mogg on White Paper – “This is the greatest vassalage since King John paid homage to Phillip II at Le Goulet in 1200. This White paper has not needed age to turn yellow. " – just in case it wasn't clear, he says he won't vote for it

is beyond pathetic – it’s not even WTO-rule compliant. What a load of garbage.

It’s looking harder by the minute to see how May will cling to power. What a way to ‘celebrate’ two years in the job.

As Labour creeps ahead in the polls, and May’s popularity slumps, there’s a growing feeling that the PM’s bad news could be good news for the country.